The promoters of the Canadian Motorsports Expo are in high gear, revving up for the 5th Annual CME, January 21, 22 and 23, 2011 at Toronto’s International Centre.

The three-day racing extravaganza also includes motorsports equipment manufacturers and suppliers, retailers and collectables as well as representation from the major tracks and series. 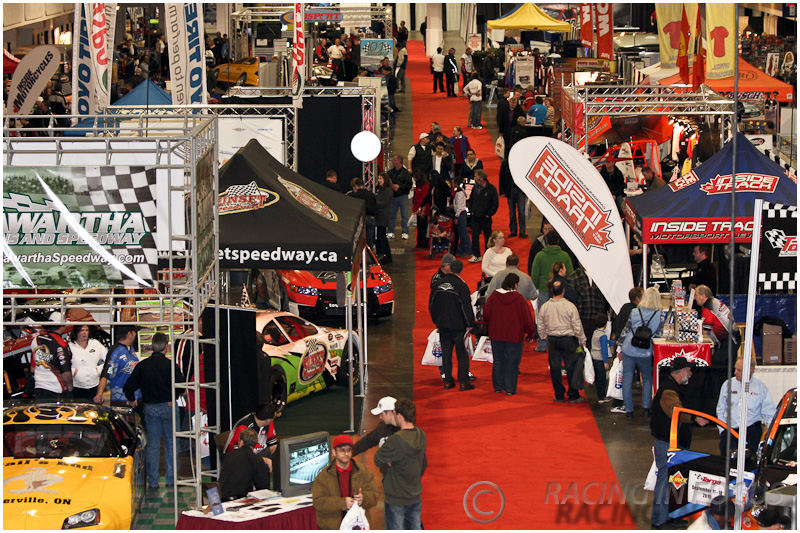 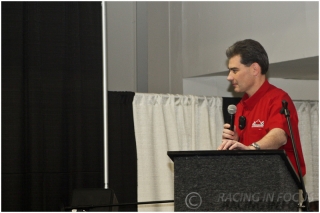 “Since being launched in 2007, the Canadian racing community has embraced the concept of a dedicated, homegrown motorsports show and we’re confident that the 5th Annual Canadian Motorsports Expo will be bigger and better, featuring more exhibitors, stars and special content than ever before.” said CME President and founder Glenn Butt.

Canadian Motorsports Expo will highlight a karting reunion, celebrating the accomplishments and contributions of the many Canadian karters and their families who have been the lifeblood of Canadian motorsports for decades. Racing fans know that most current and former racing stars started their careers in karts, many of them in southern Ontario.

Throughout its four years, the Canadian Motorsports Expo has come to be known as a showcase for celebrity appearances from Canada and around the world of racing. Stars like Ron Fellows, Jacques Villeneuve, Matt Kenseth, Paul Tracy, Derek Daly, Miguel & Ivan Duhamel and many, many more have graced the CME stage for fan Q&A and autograph sessions.

The CME has also featured world-famous racing machines, including the NASCAR Cup cars of Jimmie Johnson, Dale Earnhardt Jr. and Jeff Gordon, as well as F1 and IndyCar vehicles.

On Friday, January 21 at the CME, Ontario short track guru Spencer Lewis will take to the stage to announce his Top 10 List for his annual, year-end Ontario Asphalt Short Track Power Rankings.

On Saturday, January 22 the winners of the Inside Track Motorsport News Readers’ Choice Awards will be on stage at the CME to receive their awards.

Representing racing disciplines across the entire spectrum of Canadian motorsports these prestigious awards will honour Canada’s best racers of 2010.

In 2011, Inside Track Motorsport News will celebrate its 15th anniversary as the Official Publication of Canadian Motorsports. And during that time, the Readers’ Choice Awards have grown in prestige and become sought-after symbols of excellence by Canadian racers.

“The racers really have come to appreciate and covet the Inside Track Readers’ Choice Awards because the votes are cast by Canadian racing fans; the readers of Inside Track,” said Editor Greg MacPherson.

Motorsports fans will have an opportunity to see and chat with one of the world’s most popular and successful racers on Saturday, January 22 at the Canadian Motorsports Expo. Three-time IndyCar Series champ and two-time Indianapolis 500 winner Dario Franchitti will appear live at the CME to participate in a fan Q&A / Autograph Session.

Discussing his upcoming appearance at the CME, Franchitti said, “I’m really excited about coming to Toronto and the Canadian Motorsports Expo, in January. I always have a great time racing there each summer and it will be good to connect with Canadian racing fans during a weekend when I don’t have to focus on trying to win a race. I’m looking forward to talking with the fans and signing autographs at the CME.”

Canadian racing fans will have an opportunity to meet – and get an autograph from – one of NASCAR’s top young stars when Brad Keselowski appears at the Canadian Motorsports Expo on Sunday, January 23, 2011.

“I’m looking forward to coming to Toronto and meeting the fans at the Canadian Motorsports Expo on Sunday, January 23,” said Brad Keselowski. “Michigan is obviously very close to Canada and we have a lot of great fans up there. The Q&A and Autograph Session should be a lot of fun.”

Friday – January 21 schedule will have more of an industry/trade-friendly feel, with public show hours of 1 p.m. to 8 p.m.