Honda Indy Toronto To Rev-Up The Excitement With ‘Free Friday’

Start your engines as Honda Indy Toronto, Ontario’s largest annual sporting event, takes place from July 8 to 10 on the streets surrounding Exhibition Place near Lake Ontario and downtown Toronto. With 25 years of Indy car racing history in Toronto, the Honda Indy Toronto is among the most respected motorsports events in North America and features a week-long festival-like atmosphere that includes the fastest racing series on the planet, celebrity athletes, live entertainment and interactive activities. 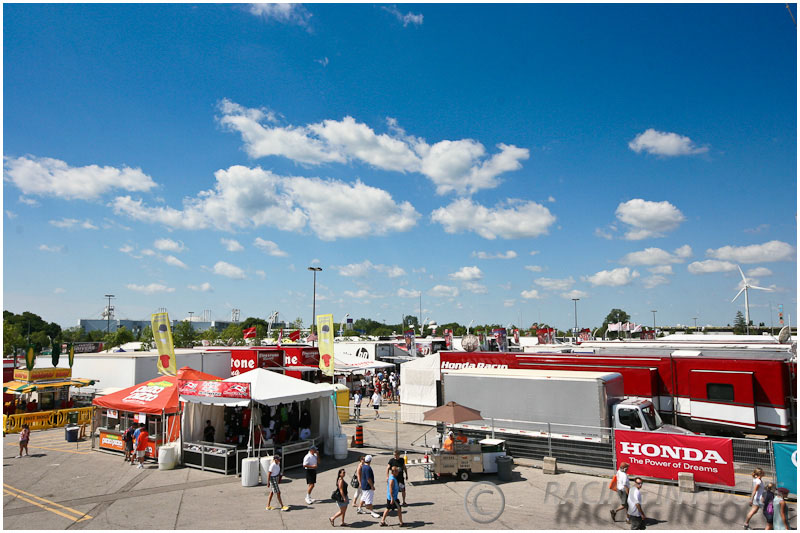 Ontario Honda Dealers Association is opening the gates of the Honda Indy Toronto on Friday July 8th.  Event goers can enter and sit in any grandstand seat free of charge. Everyone will also gain exclusive access to the IndyCar Paddock. Spectators are encouraged to check out different vantage points from all the grandstands throughout the day.  Donations will be accepted on behalf of the event’s featured charity, Make-A-Wish Canada ®.

The IZOD IndyCar Series is the premier open-wheel racing series in the United States and Canada. The series features a diverse field of stars with participants from the United States, Canada, Japan, England, Scotland, The Netherlands, Venezuela, Australia, and New Zealand.

The Ferrari Challenge is the longest-running series of its type in North America. It has given a large group of Ferrari owners the opportunity to enjoy most of the continent’s finest tracks while sharing both competition and the social aspects of the series with fellow Ferrari owners. The Challenge has also given Ferrari enthusiasts the opportunity to enjoy watching Ferraris in their natural environment — the race track.

NASCAR Canadian Tire Series features the Canadian Tire Jumpstart 100. Many drivers have moved on to participate in the US national series, including JR Fitzpatrick, D.J. Kennington, and Andrew Ranger, winner of the inaugural 2010 race in Toronto.

Castrol Canadian Touring Car Championship offers Canadian race fans exciting, head-to-head competition in two unique Classes between Canada’s best drivers in today’s hottest touring cars.  The excitement lies in the fact that drivers in both categories race at the same time for supremacy in their class.

For more information about the event you can check the official site of Honda Indy Toronto.

If you want to get a taste of last year event feel free to check our Photo Coverage.

Stay tuned on Racing In Focus for the latest news and images from the event.