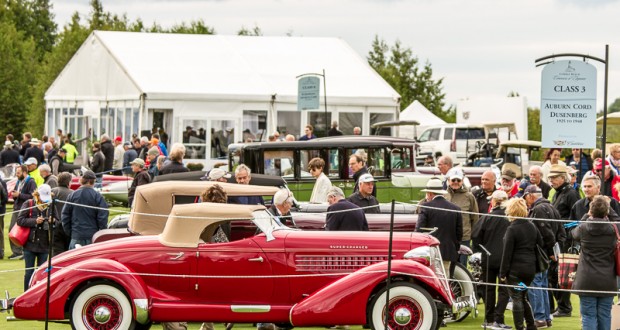 Out of ordinary, three years old and is fast becoming Canada’s premier classic car showcase. From antiques like the 1903 Stanley Steamer, priceless museum cars, European Sports Cars, vintage race cars to American Muscle and Hot Rods there have been spotted over 150 vehicles on display in over 23 competing classes at this year event. 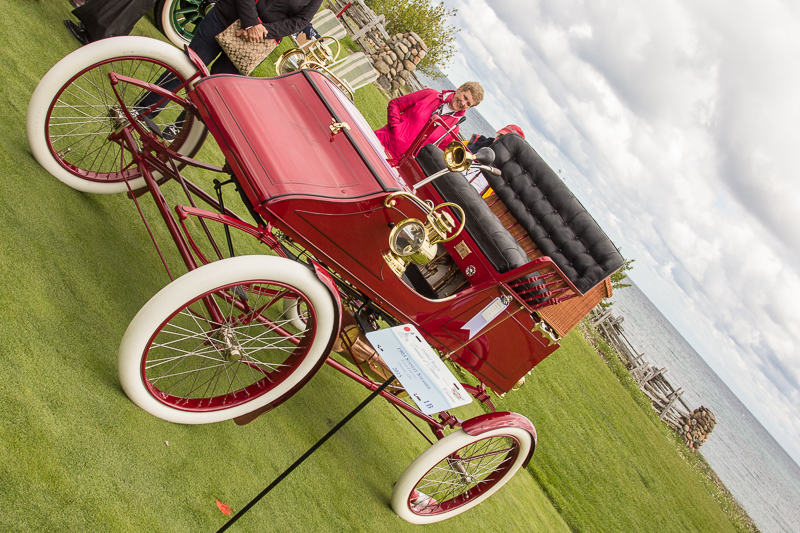 Located on a spectacular 500-acre Georgian Bay private property, and hosted at Cobble Beach golf course/resort near Owen Sound, Concours d’Elegance was founded by Willis McLeese and his son Robert McLeese with a love for automobiles. 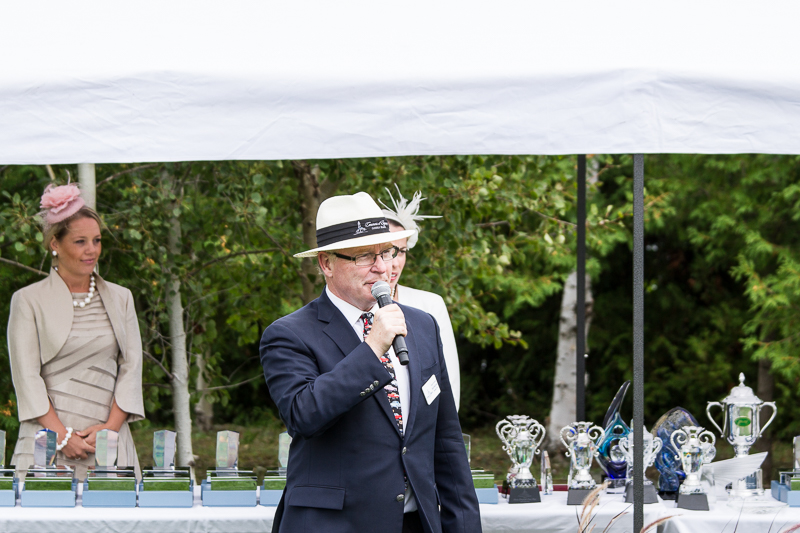 In 2011, Mr. Joseph Sulpizi, CEO and Founder of The Brand Factory, introduced Mr. Billy Smilovsky of Engineered Automotive to Mr. Rob McLeese, CEO and co-creator of Cobble Beach. With a shared vision of producing a Concours d’Elegance at Cobble Beach, they have fulfilled a dream of Willis McLeese and, consequently, a dream of their own.

With Cadillac stepping up as presenting sponsor this year, the show’s reputation is starting to attract the sort of cars reserved for shows of Pebble Beach’s caliber and provides car enthusiasts with an ideal chance to view some of the world’s finest vehicles ever build. 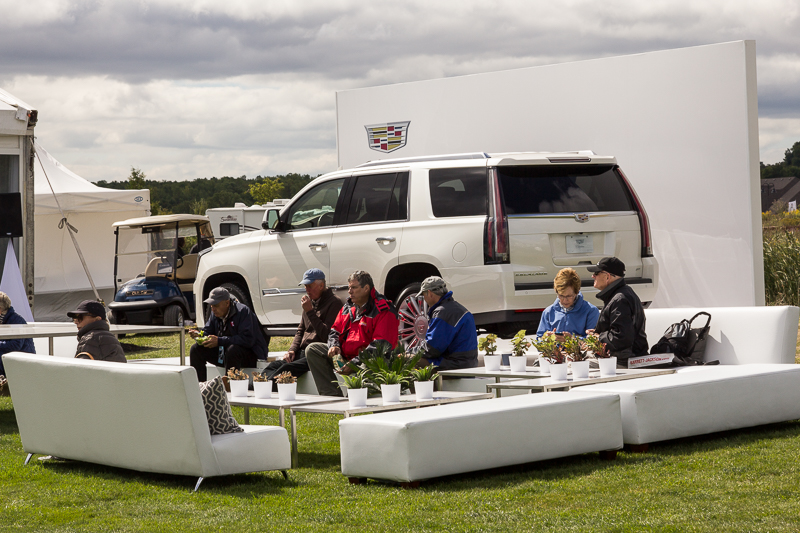 New classes for this year were pickup trucks and vintage motorcycles (specifically Vincent brand) and non-competitive vintage boats class.
Some of the highlights from this year’s Concours were two Bugattis, a 1938 Type 57C and a recreation of the long-lost Bugatti Aerolithe (assembled by Bradford, Ontario’s Guild of Automotive Restorers), a mid-1990s Canadian-built ‘supercar’ prototype and a 1938 Graham 97 with unique cantilever or “scissor”-type doors. 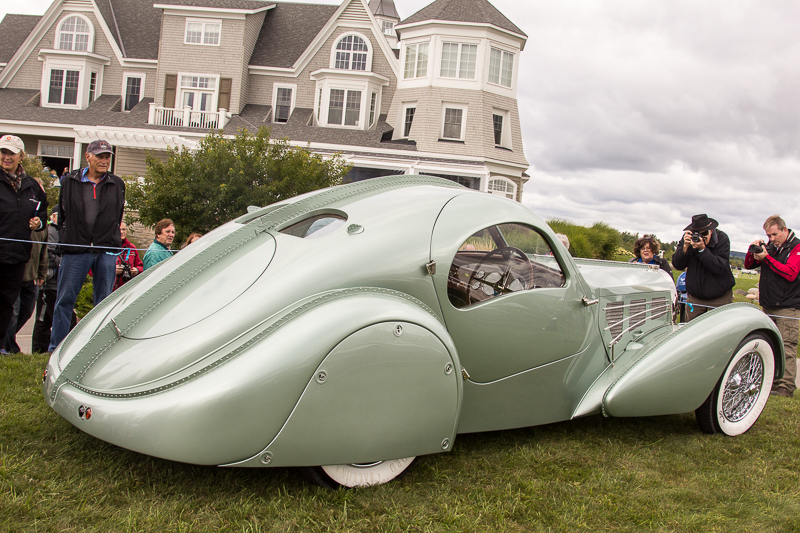 Cobble Beach Concours d’Elegance features only the finest, most accurately restored examples of classic automobiles and was presided over by chief judge John Carlson of B.C. and was coordinated by show chairman and founder Rob McLeese. 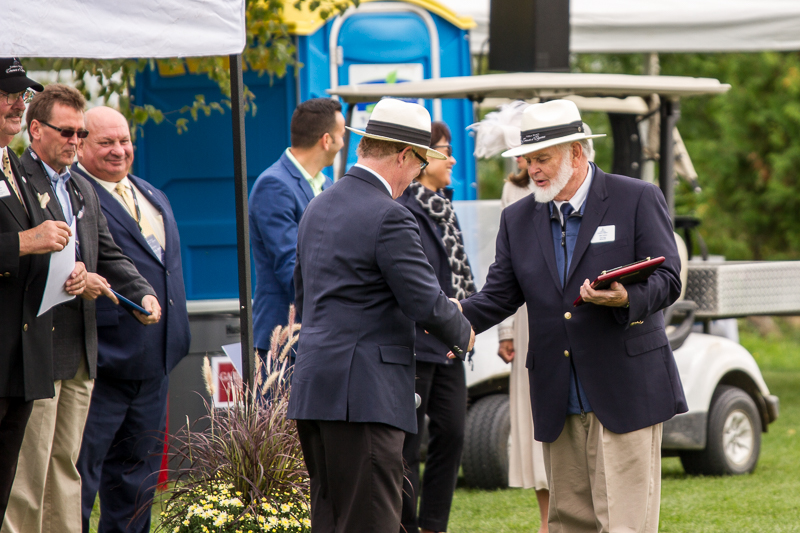 John Carlson of B.C. and Chairman and Founder Rob McLeese

Cars are judged on design, historical authenticity and refinement in finishing. Participants/Collectors will insist that it’s all about fun and camaraderie, but there is some financial benefit. Just being invited to appear at the Cobble Beach Concours adds significant value to a car over time. Winning an award, Best in Class or particularly Best in Show, means a huge boost in a car’s worth.

The overall winner, ‘Best In Show’, was a 1938 Graham 97 Supercharged Cabriolet which is one of seven left in the world, out of 17 produced, supercharged and with coachwork by Saoutchik. 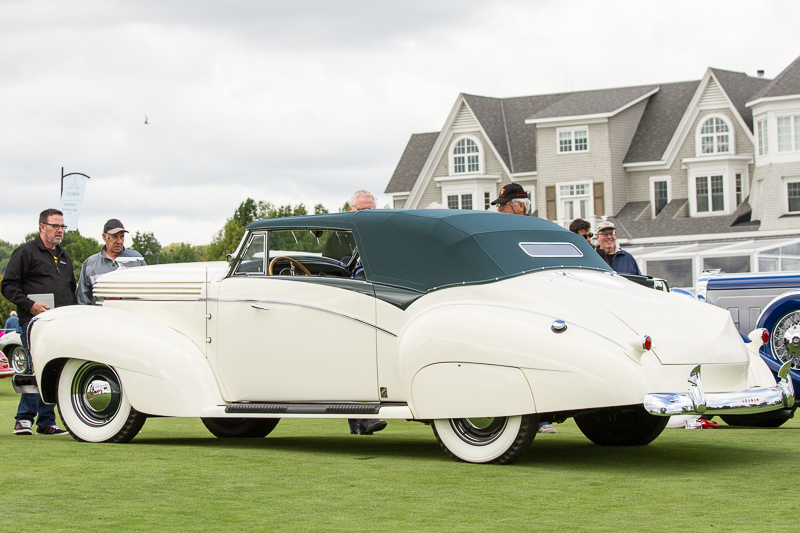 People’s choice award was handed out to a 1929 Packard 645 Dual-Cowl Phaeton belonging to Elaine and Tony Lang of Hanover, Ontario. 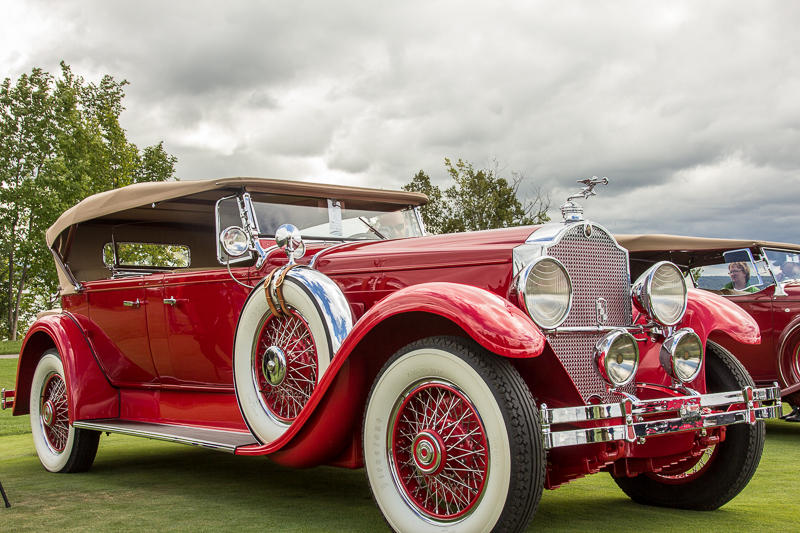 Aside of classic cars, motorcycles and boats there were vendors, promoters and artists exposing their unique and rare products. 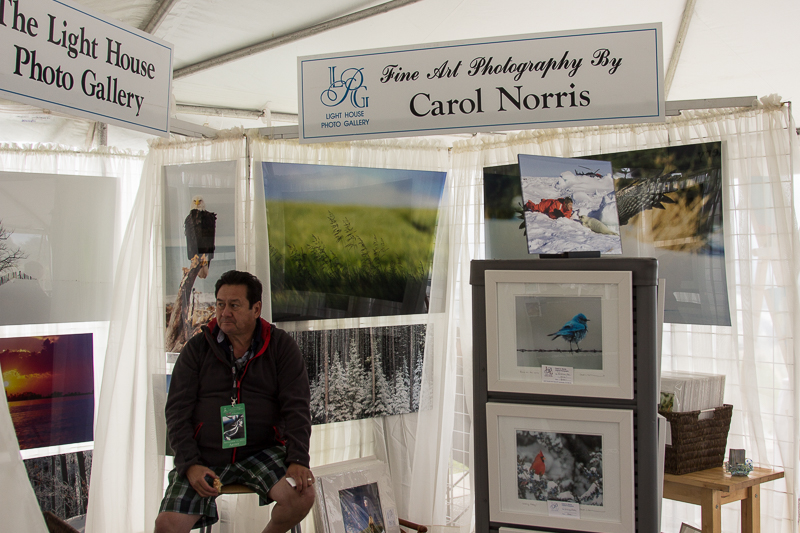 For next year, on September 17 you may also have a chance to experience an additional thrilling “Brack Classic” Hill Climb. The Event takes place in Inglis Falls just 10 minutes south of Owen Sound, hosted by Canadian Racing Legend Bill Brack and presented by Nigel Shiftright. 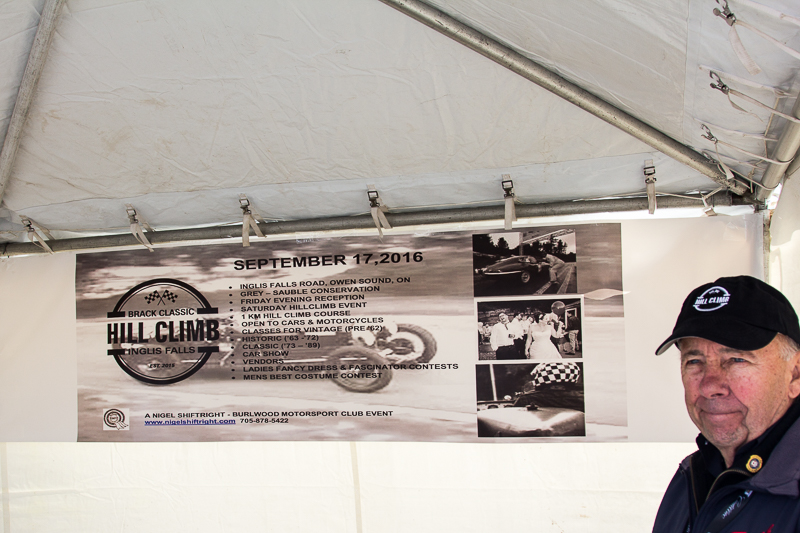 
Definitely an Event that you don’t want to miss, so book your calendar for the 4th Annual Cobble Beach Concours d’Elegance which will be held on September 17 and 18, 2016 – see you there!

Please take a look at our Photo Coverage of the 3rd Annual Cobble Beach Concours d’Elegance.