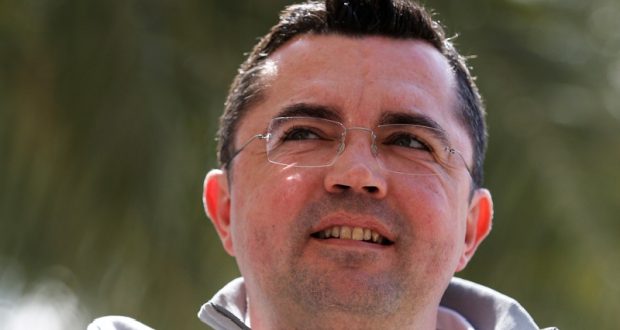 One analysis of the situation might be that with the team struggling for pace and reliability, Belgian Vandoorne is risking his once-in-a-lifetime chance to prove he belongs in F1.

It comes after the highly rated Vandoorne, 24, was not able to even start in Bahrain due to a reliability problem, following two difficult races alongside teammate Fernando Alonso.

But McLaren boss Boullier insists: “He is not under pressure.

“Stoffel knows that we believe in him and that we have him under contract for a long time,” the Frenchman told Auto Motor und Sport.

“He does not have to prove it to us in every race.  We understand that this is not possible at the moment,” Boullier added.

Meanwhile, Boullier admitted that he was not initially on board with McLaren executive Zak Brown’s plan to let Alonso do the Indy 500 next month.

But, as with the Vandoorne situation, the Frenchman eventually acknowledged that McLaren has to look after its drivers at the moment.

“We do not want the fire in him (Alonso) to go out,” he said.  “Fernando wants to win, no matter what he does, and at the moment he cannot do that in formula one.”

Finally, McLaren had a much better day of pace and reliability at the Bahrain test on Wednesday, but Boullier was cautious about celebrating too much.

“If we knew why … that is the problem,” he is quoted by the Spanish daily AS.