Anis Victorious in Feature Race at the Honda Indy Toronto 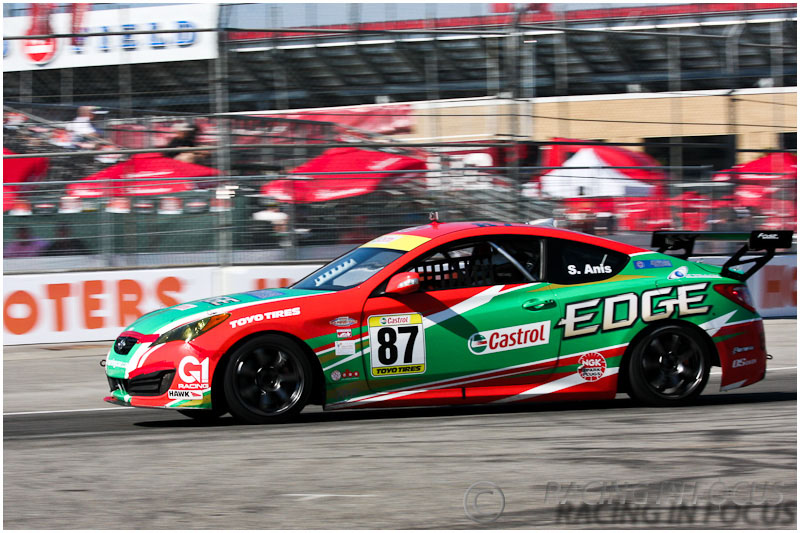 Starting from the outside of the front row next to polesitter Nick Wittmer, Anis stayed close to the no.1 Lombardi Honda Racing Civic Si before he made his move going in turn one on lap 12. Once he got around Wittmer, he didn’t look back, and cruised to victory by a margin of 4.435 seconds in his G1 Racing Hyundai Genesis. 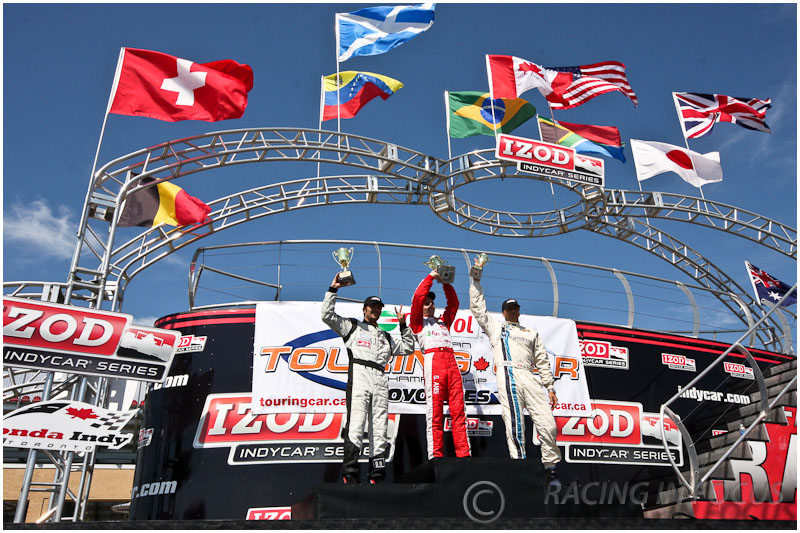 Gregory Pootmans started and finished third in ST in his Team Aldo/Northwest BMW 330.

“I was behind Nick and didn’t want to do anything stupid, like I messed up with Greg (Pootmans) in the other race. I just wanted to pace him (Wittmer), and then his car just started falling off, and I said either I pass Nick or get passed by Greg. I passed Nick and it worked out,” Anis explained.

In the Touring class, M&S Racing’s Tom Kwok took the victory behind the wheel of his Honda Civic, by a margin of 3.114 seconds over the Durabond/Compass360 Racing Honda Civic Si of Anthony Rapone.

“Thank you to my team for giving me a great car,” a thrilled Kwok said afterwards.

Patrick Seguin captured his second third place result in Touring in as many days in his Canadian Classic Cars Motorsports Honda Civic.

The NOS Energy Drink Fastest Lap Award went to Nick Wittmer in Super Touring who turned in a 1:21.798. Tom Kwok had the fastest lap in Touring with a best time of 1:24.958.