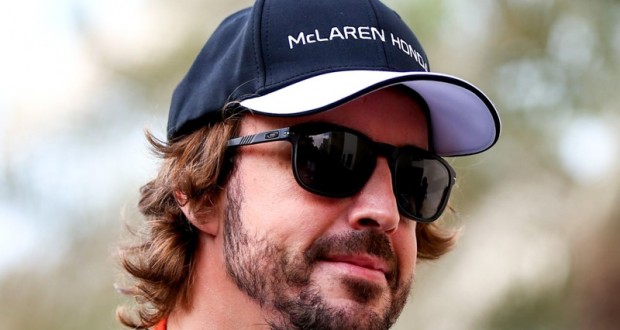 Fernando Alonso insists that, although ultimate success in F1 has eluded him for a decade, he has found “happiness” with the McLaren-Honda project.

Some, however, see the Spaniard’s situation vastly differently, after he left Ferrari amid apparent acrimony only to find a vastly less competitive alternative.

But Alonso, 34, scoffs at the retirement rumours.

“Never,” he insisted to Cadena Ser radio when asked if he had even considered it.

“I never thought about retirement or a sabbatical.  I do not think I am the most talented on the grid, but I think I am one who has worked the hardest to get the results in these 16 years.

“A withdrawal or a year out is unthinkable for my character,” Alonso said.

He said an elusive search for a winning car is particularly common in the world of formula one.

“In sport only one can win, and in F1 winning is very predictable — very early on you know you can or cannot win, which is cruel.”

It might be said that after early success, Alonso’s luck took a steady decline for the worst, first as he narrowly missed the title at Ferrari and now amid the deep McLaren slump.

“I don’t think luck changes, it’s just the nature of sport, with only one winner.

“At Ferrari we were close and now at McLaren we are starting a project that is still some way off.  We are trying to improve, you always want it more or faster but my motivation is intact.

“Success is very temporary, it (the goal) is to find happiness in what you do because that way you perform better and better.  I have found that in recent years,” said Alonso.

That is not to say that 2015 was not frustrating for Alonso, as his desperate radio calls about Honda’s “GP2 engine” and “embarrassing” situation showed.

“It was very hard,” he said.  “Frustrating, because you had no chance.  We left the pits knowing that after 10 laps we would lose cylinders, or that the batteries would not last.

“I was not angry.  The project was at an early stage and we all needed to pull in the same direction to mature it.  And that’s what we’re doing.”

Asked if he will have a car capable of being on the podium in 2016, Alonso answered: “We’ll see.

“We are coming from a very low base so our need for improvement is great.  To be up there, our improvement has to be huge.”

He denies reports that Honda’s horse power deficit to Mercedes is still 200hp.

“The feelings from the car are already good although I noticed there are improvements to do.  But Mercedes is in another championship.

“I don’t think we are far from a podium, although I would be surprised if we achieve this straight away, as in the first races we will not have everything in place.”

That much was clear on the final day of the first Barcelona test last week, when Alonso’s tally of 3 laps for the entire day reminded the F1 world of the team’s woeful 2015.

“The last day of the week was very bad,” he admits.  “To change an engine takes three to four hours, and to repair what happened with us took eleven hours.

“I think F1 now is very complex to understand.”

Asked if he likes F1 less today than when he won his titles, Alonso nodded: “Yes because the cars are slower.  The aerodynamics now are very strict and the car weighs 120 kilograms more.

“But it has always been more of a championship for engineers than for drivers.”

And yet, he insists he has never felt more supported by the fans.

“The audience and the popularity of F1 has fallen in all countries,” Alonso said, “because the races are a bit boring and there is less interest.  But for me I feel more love from the people.”