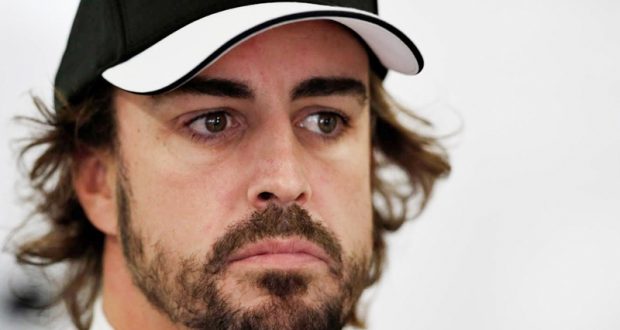 Alonso ‘not happy’ as McLaren breaks down

Fernando Alonso was “not very happy” when McLaren-Honda’s new orange and black car for 2017 broke down after a single lap as official testing began.

That was the admission in Barcelona of team boss Eric Boullier, amid reports Honda acknowledges that an oil tank design flaw was the reason for the lengthy Monday breakdown.

It is just the latest setback for the Anglo-Japanese collaboration, which has floundered ever since the works collaboration with Honda began in 2015.

“I cannot hide that I am disappointed,” said Spaniard Alonso, who revealed that he returned to his hotel after the breakdown to “play tennis”.

“Of course you think about what happened in the past, but I can say that there is nothing dramatically wrong with the current project,” he is quoted by the Spanish press.

“After the many problems in the last two years, the temptation is there to say bad things, but that does not help us.

“We have to continue working to gain the power and the downforce we did not have last year,” Alonso said.

At the same time, boss Boullier was back-pedalling on earlier claims that while McLaren is “ready” to win races, he is not sure if the same can be said of Honda.

“I didn’t say that,” the Frenchman insisted.

“I simply said that I can only talk about McLaren because I know what we have done.  If you ask if McLaren is ready to win, I say yes, of course — always.”