Fernando Alonso thinks it is “a miracle” he is still even mathematically in the hunt for the 2013 title. 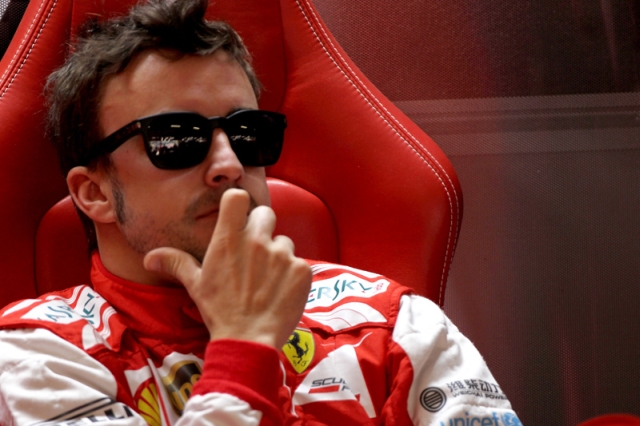 Red Bull’s dominant Sebastian Vettel will win the title this weekend in Japan, if Alonso – 77 points behind in his Ferrari with five races to go – finishes lower than eighth at Suzuka.

Whether Vettel closes Alonso’s mathematical possibility in Japan, or India two weeks later, is regarded by most F1 insiders as a moot point.

Mercedes’ Niki Lauda: “Don’t worry, Seb will get the fourth title soon enough,” he is quoted by Speed Week.

The rhetoric from Ferrari, whilst not conceding the title definitively, is also increasingly pessimistic.

“If someone started watching formula one today or yesterday and you said the guy with the blue helmet in the red car is fighting for the championship, they would says it’s not true,” Alonso is quoted by Brazil’s Agencia Estado.

Alonso’s comment could be interpreted as the latest slight against Ferrari’s development progress this year.

“We did a miracle for 14 races and we will try to keep this miracle alive for the remaining five,” the Spaniard added.

But even Alonso’s boss Stefano Domenicali is admitting the fight against Sebastian Vettel is “almost impossible” to win now.

“So congratulations to him (Vettel) and to what they (Red Bull) are doing, because at the end of the day if they have that (the title) they deserve it,” he is quoted by the Independent.

Indeed, after all the recent booing, the time is now right to focus on the German driver’s looming achievement — a four-time world champion by the unprecedentedly young age of 26.

Horner thinks he’s one of the all-time greats, and Lewis Hamilton has obviously become aware this week that his recent comments about Vettel indicated a lack of respect.

When asked to weigh up Vettel’s greatness, the Mirror quotes him as saying: “I couldn’t care less.”

Hamilton subsequently wrote on Twitter: “Regardless of what you and I may think about his car, at the end of the day he’s doing the perfect job.”

His Mercedes boss Lauda, however, doesn’t even like the implication that Red Bull’s superior spending explains Vettel’s dominance.

“Red Bull has a better programme to constantly develop the car — they do a better job than the other teams,” added Lauda.