Felipe Massa’s first pole in more than five years was no surprise to Fernando Alonso. 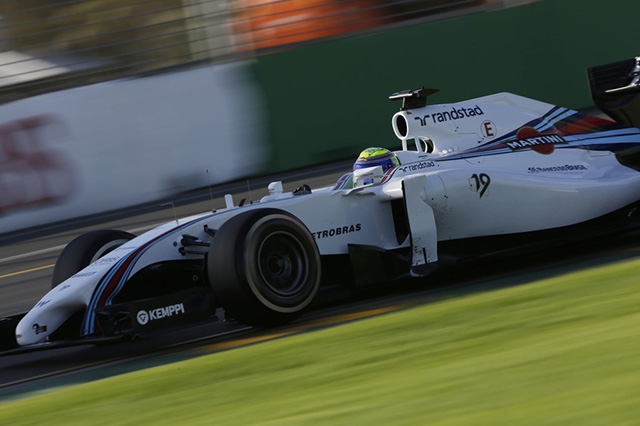 It was the thrilling finale in Brazil, 2008 – where for an instant the Ferrari camp thought its Brazilian driver had pipped Lewis Hamilton for the title – that Massa last started a grand prix from the very front.

“It’s the first time since 2008,” he confirmed on Saturday, after surprising the world of F1 by leading a Williams one-two at the Red Bull Ring.

“Being the quickest on the track against everybody, it’s always the best feeling a driver can have,” the emotional Massa, who was ousted by Ferrari at the end of last year, added.

But even before qualifying, when it was clear Williams’ car was highly competitive on the Austrian layout, many were placing money only on Massa’s teammate Valtteri Bottas.

“Everybody was thinking ‘Here is a chance for Williams with Bottas’,” said Massa’s friend, countryman and former F1 driver Rubens Barrichello, in Austria to commentate for Brazilian TV.

“Then Felipe went out and did it after so long.  I’m happy to be here for it,” Barrichello told Brazil’s Totalrace.

“After so long without being in front, Felipe had to believe in himself,” he added.

“To feel wanted by the mechanics, his new team, was a very positive thing for him to be able to work better on the mental side.

“There will always be people wanting to be negative.  He has to rely on himself,” Barrichello said.

Also not surprised on Saturday was Spaniard Alonso, who for the past four years was paired alongside Massa at Ferrari.

For 2014, Ferrari replaced Massa with Kimi Raikkonen, but so far Alonso has utterly humbled the struggling Finn.

“I always said that Felipe is very, very fast,” Alonso said after Massa’s Red Bull Ring pole.  “Few people believed me, but I still think he was the fastest teammate I’ve had.”