Felipe Massa has admitted he now stands a “better chance” of staying at Ferrari next year. 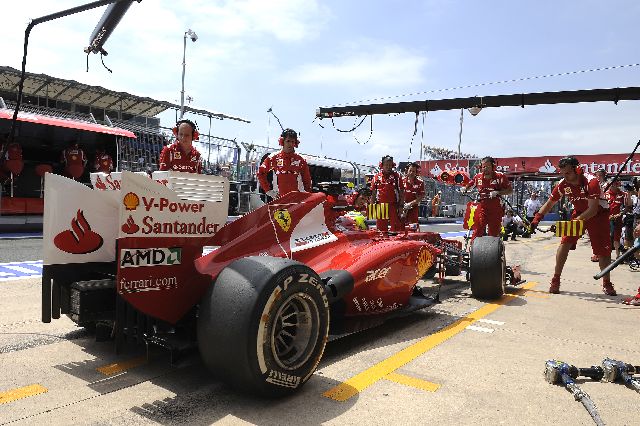 Previously rampant speculation that the struggling Brazilian’s days are numbered at the famous Italian team has been quietened by his recently improved form.

He is quoted by Brazil’s O Estado de S.Paulo newspaper: “Until now there is no sign that I’m close or far away,” said the 31-year-old when asked about the likelihood of a new Ferrari deal for 2013.

“There is a greater chance now but I don’t know what will happen,” Massa admitted.

“Everything changes very fast in formula one.  The important thing is to do a good job and to get a good result at the end of the races.

“If that happens then it will all be easier,” he insisted.

Although there are signs Mark Webber will stay at Red Bull for another season, the Australian is still regarded as Massa’s most likely successor.

The 35-year-old smiled as he shrugged on Thursday: “For next year I’ve a pretty decent chance I’ll be racing in F1.”