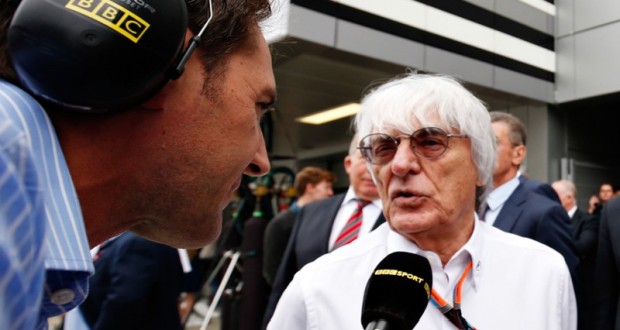 Bernie Ecclestone on Sunday confirmed reports some of F1’s major stakeholders are “plotting” his demise.

We reported this month that Mercedes and Red Bull have joined Ferrari in apparently moving against the long-time F1 ‘supremo’, with plans to replace the 85-year-old Briton with a three-pronged leadership team.

Niki Lauda has been named as the potential head of the ‘sporting’ arm but the F1 legend rubbished those claims in Barcelona.

“Such b——t,” he told Germany’s Bild am Sonntag newspaper.

“Toto Wolff and I have a big enough job here with Mercedes, and we even own shares in the team.  We are successful and everything works fine,” Lauda added.

One suggestion, however, is that Lauda is already scaling down his other commitments ahead of a possible change of leadership in F1.

For instance, he is no longer a full-time pundit for German television RTL.

Lauda insists: “That was RTL’s decision, who did it for budgetary reasons.  Less money means less Niki.

“I want to emphasise that it was not my idea,” Lauda insisted.

Nonetheless, it is rumoured that ahead of the Spanish grand prix on Sunday, big-wigs including Daimler chairman Dieter Zetsche and Fiat president Sergio Marchionne actually admitted their plot during a pre-race meeting.

When asked about those rumours, Ecclestone – who met with CVC’s Donald Mackenzie in Barcelona – told Britain’s Sky: “I don’t know.

“They’re trying to do some plotting probably but they don’t know what they’re plotting for.”

When asked by former driver and respected commentator Martin Brundle if the plot is to “get rid” of Ecclestone, the diminutive Briton added: “They’ve got more chance of getting struck by lightning.

“They should start doing the pools (lottery),” Ecclestone said.