Ecclestone working hard to turn up the volume

If a question ever requires a cool answer, reporters flock to ‘iceman’ Kimi Raikkonen. 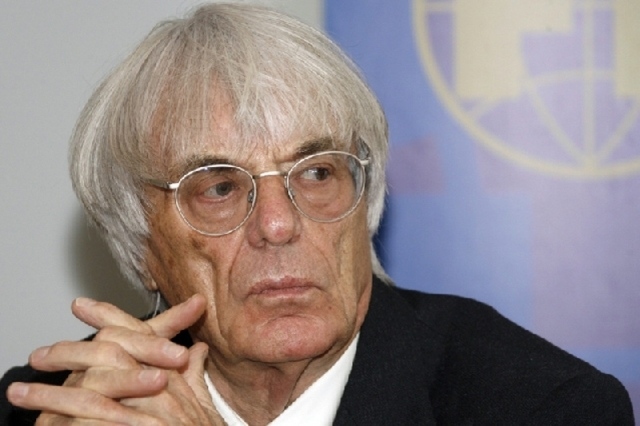 The tamer tones of this year’s turbo V6s is the hottest topic at sweltering Sepang, but the Finn just shrugged when asked the inevitable question.

“It (the sound) has changed a bit, but not much — the volume is just a little lower,” he told the Spanish sports daily AS.

Indeed, the rumblings in the F1 paddock have often made more noise even than the screaming V8 and V10s that many are now professing to miss so much.

For instance, when Dietrich Mateschitz complained about the ‘new’ F1, some conspiracy theorists concluded that he might be driving down the sport’s price ahead of an audacious takeover bid.

And perhaps he is only complaining because his team, reigning world champions Red Bull Racing, is struggling.

“That’s nothing to do with it,” F1 chief executive Bernie Ecclestone, another fierce critic of the V6 sound, told Germany’s Auto Motor und Sport.

“He (Mateschitz) is just a racer.  And don’t forget that he is also the promoter of the Austrian grand prix.  His concerns are legitimate,” he added.

Whatever the real story behind the conspiracies, Ecclestone professes to be working hard to turn up F1’s volume.

“I asked (Stefano) Domenicali if we can make the engines sound like they were,” he said at Sepang on Friday, having heard the V6s for real for the very first time.

“He (Domenicali) doesn’t know,” Ecclestone is quoted by The Times.  “I asked him to check with his engineers.”

The 83-year-old said he is worried race promoters, sponsors and spectators may race away from F1.

But Lotus driver Romain Grosjean thinks the sport should give its all-new formula a bit more time.

And Adrian Sutil, for one, quite likes the sound of 2014.

“The sound is more pleasant that the scream of the other (V8) engines,” the Sauber driver told German newspaper Suddeutsche Zeitung.

“I think it’s also more interesting now because you can hear a difference between the Ferrari, the Mercedes, the Renault.”

“For many people, motor sport was a last bit of freedom in a totally regimented world,” he said.

Ecclestone admits that, if he had his way, the cars would be hurriedly retrofitted with V8s.

“Technically, it would be no problem,” he told Auto Motor und Sport.  “But the manufacturers would have to admit they made a mistake after investing a lot of money.

“And Honda couldn’t come back because they don’t have a V8,” Ecclestone admitted.

Honda, however, would not be the only departure, according to Mercedes team chairman Niki Lauda.

“If we still had the V8,” he insists, “Ferrari, Renault and ourselves would no longer be here.

“The FIA decided five years ago that we need to move with the times and have a pioneering technology.

“The promoters who are complaining now are only putting pressure on Bernie over their (race fee) prices.  But if the racing is exciting, the discussion about the sound will be gone in three races,” he predicted.

Red Bull’s Marko, however, questions the politics of Lauda’s appreciation of the milder engine note.

“Niki likes the new sound because his cars are winning,” he said.