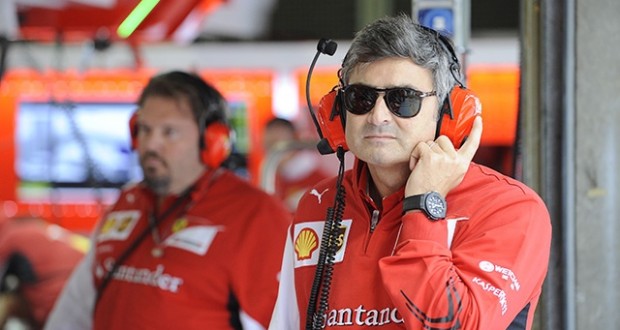 Ferrari is continuing to argue for a relaxation of the so-called engine ‘freeze’.

With Mercedes utterly dominating in the new turbo V6 era, F1’s engine makers will get a chance to upgrade up to 48 per cent of their ‘power units’ ahead of 2015.

But Ferrari in particular has argued that the freeze should be further relaxed, for example by allowing at least one mid-season performance step.

When the topic arose two weeks ago in Singapore, Mercedes understandably argued that it should be voted down on the basis that it will only drive up costs.

But Ferrari boss Marco Mattiacci on Thursday hit back at the counter-arguments.

“It would not cost more money,” he is quoted by Germany’s Auto Motor und Sport, “because the scale of the development remains the same.”

Customer teams have also argued that even if the extra development is allowed, any cost increases should not be passed onto the already high price of their ‘power units’.

Mattiacci said: “If you are a customer and you have to stay with the same engine from the end of February, then you have little chance to improve yourself.

“At the end that can cost you even more money.”

The Italian insists Ferrari made the proposal not for the benefit of Maranello or fellow engine straggler Renault, but for F1 as a whole.

“We stand by it because it is good for the sport,” said Mattiacci.

“For Ferrari it is an opportunity but also a risk.  Maybe Mercedes will develop their engine even better.  It is not a unilateral advantage for us,” he insisted.

“At the moment the work of the engineers and suppliers is focused on the winter months.  But F1 should be about constant innovation.”

Mattiacci said the freeze is also bad for the fans, with a static balance of power affecting the “entertainment on the track”.

Elsewhere in the Suzuka paddock on Thursday, the 2015 driver ‘silly season’ continued to bubble away.

The big player is Ferrari’s Fernando Alonso, and ‘academy’ driver Jules Bianchi – currently placed at Marussia – put his hand up to potentially replace the wavering Spaniard.

“It (moving to Ferrari) looks like the logical step for me if something like this (Alonso’s departure) happens,” said the Frenchman.

Also linked with replacing the frustrated Alonso at Ferrari is Red Bull’s Sebastian Vettel, but he opted to divert attention to another big name on Thursday.

“I think (it’s a question) probably more for Jenson (Button); he already has 17 teammates for next year,” the German smiled.

McLaren’s Button, however, is also waiting on Alonso, who according to speculation is considering a sensational switch to lead the British team’s new Honda era.

That could leave 2009 world champion Button, or his rookie teammate Kevin Magnussen, out in the cold.

“I don’t know,” Button said when asked about the situation ahead of the Japanese grand prix.  “As you know I can’t discuss anything to do with the contract.”

He admitted only that staying at McLaren remained his “best option” for the future.