Hamilton claims he ‘blew Rosberg away’

Lewis Hamilton has ramped up his rivalry with teammate Nico Rosberg by claiming he “blew him away” at Sepang on Sunday. 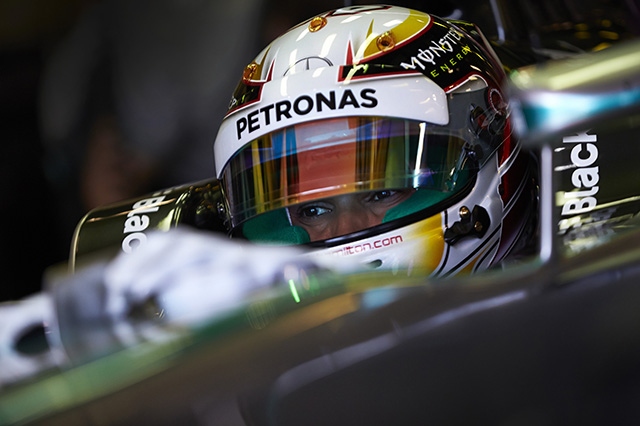 The 2008 world champion comfortably won the Malaysian grand prix from pole, and although German Rosberg finished second in the sister Mercedes, Hamilton claimed it was one of the easiest triumphs of his eight-year career.

“It’s massive.  I don’t remember the last time in my career I had a gap like that, particularly with a teammate driving the same car,” said the Briton.

Hamilton said he had built his advantage from the very start of the practice sessions, and “it worked and that is why I blew him away”.

Rosberg won the season opener in Melbourne but only after Hamilton – again from pole – retired with an engine problem.

“I’m pushing myself more than my teammate is pushing me.  That’s where the push is coming from,” Hamilton said at Sepang late on Sunday.

“Nico is very quick, he’s won the first race, he’s always there, so naturally we are pushing each other.

“But this year I’m pushing myself that extra.  I’m eking out more than I’ve ever been able to eke out.”

Jenson Button, a former teammate of Hamilton’s at McLaren, thinks Sepang on Sunday was a psychological as well as an actual victory for the 28-year-old.

“Looking at what Lewis did is going to hurt (Rosberg) a little bit.  He was super-fast,” he said.

“That is a lot to put between you and your teammate when you have both had a clear race.  I am sure that is strike one to him,” Button added.

Former F1 driver and BBC pundit David Coulthard agrees: “If that was a pure driver-to-driver battle, then Nico psychologically will have taken a bit of a hit.”

Mercedes chairman Niki Lauda is quoted by Speed Week: “I have no idea why Nico could not drive at Lewis’ level.

“But I am glad that they were not fighting with each other.  Now we have to analyse what was the issue with Nico’s car as it must be corrected and then we move to Bahrain.”