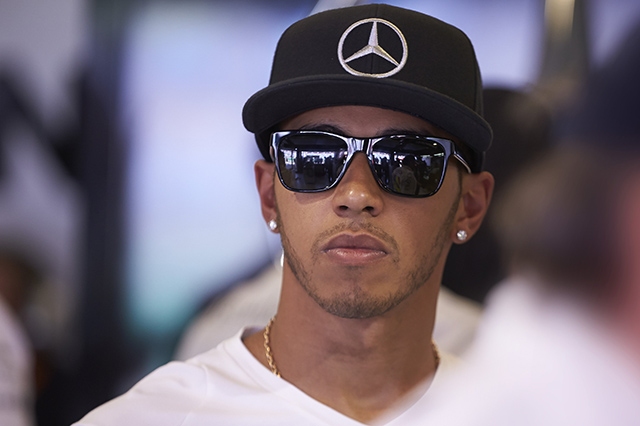 Reports of the Mercedes driver and 2008 world champion’s visit were carried by authoritative publications including Corriere dello Sport, La Gazzetta dello Sport and Autosprint, as well as the respected Ferrari blogger Leo Turrini.

La Gazzetta, however, insisted the 29-year-old Briton’s visit had nothing to do with the fabled Italian marque’s formula one team.

The report said Hamilton was simply in town “to enrich his substantial collection of Ferraris” — probably the ultra-rare ‘LaFerrari’ supercar.

“Obviously there will be no confirmation,” said La Gazzetta dello Sport.

So, speculation will breed.  Autosprint’s Roberto Chinchero, for instance, said Hamilton’s visit could be “a political manoeuvre by Lewis to make clear to Niki Lauda and Toto Wolff that the driver market is always open”.

But the Maranello outfit is having a difficult 2014 season, despite adding its last world champion – Kimi Raikkonen – to its driver lineup for this year.

Autosprint correspondent Alberto Antonini said the Finn seems to have taken on the role formerly held by Felipe Massa, who also struggled to keep up with Fernando Alonso.

“At the moment, it is clear that the team has done its utmost to support Kimi,” he wrote.  “How long it lasts remains to be seen.”

Raikkonen has a firm contract for 2015, as does Hamilton at Mercedes.  Ferrari is already hard at work on its plans for the forthcoming season.

Omnicorse pointed out that technical director James Allison was not in Canada as he works hard on the concept of his first Ferrari car for 2015, currently codenamed ‘666’.