Lewis Hamilton is the fastest driver on the 2013 grid, the German magazine Auto Motor und Sport reports in a mid-season analysis. 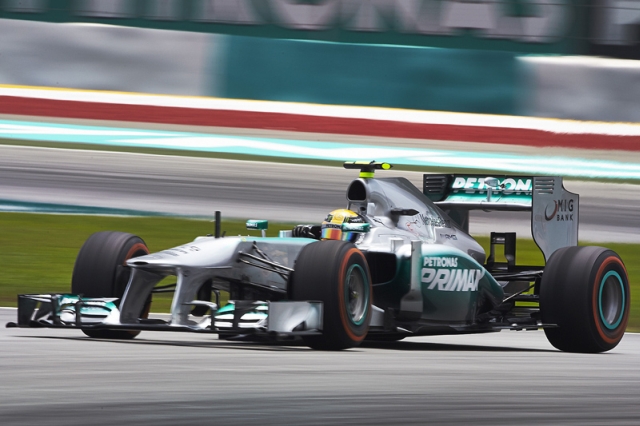 Although the Mercedes driver only broke through for his first win of the year in Hungary, correspondent Michael Schmidt revealed Hamilton’s average qualifying position so far in 2013 is a field-best of 2.36.

The strongest driver in the crucial races, of course, is Vettel, with the German having held P1 during grands prix for a total of 1278 kilometres, compared to Fernando Alonso’s mere 424.

Lotus and Kimi Raikkonen, and Mercedes and Hamilton, are the most technically reliable packages of 2013, with 3,022 kilometres apiece, followed by the uncompetitive McLaren driven by Jenson Button.

But Finn Raikkonen is the only one of them who has scored points in every race.

The most crash, spin and incident-prone driver has been Williams’ Pastor Maldonado, followed by the under-pressure Caterham rookie Giedo van der Garde.

Toro Rosso has been the team with the most technical problems, while Red Bull has the fastest pitstop crew, with struggling Williams’ crew coming in slowest.