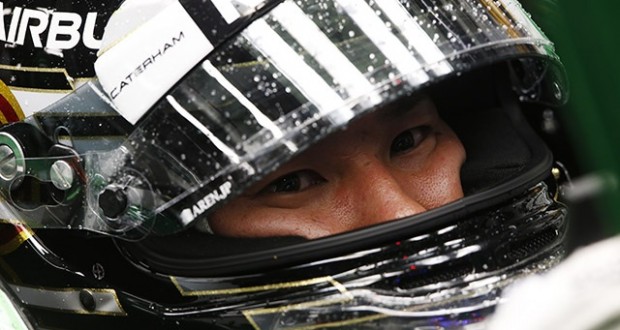 Kamui Kobayashi has retained his race seat at Caterham for his home grand prix this weekend.

As the team seeks new sources of income in the wake of founder Tony Fernandes’ shock mid-season exit, the Japanese driver lost his place to Andre Lotterer at Spa in August.

It was expected that Roberto Merhi would then replace Kobayashi in Monza and beyond, but – despite his Friday outing at Monza – the 23-year-old Spanish rookie is yet to secure his mandatory super license.

Caterham announced on Wednesday that Merhi will return to Friday duties this weekend at Suzuka.

It is good news for Kobayashi, who therefore gets at least one more race outing for the Leafield based team in front of his adoring home fans in Japan.

Popular and highly rated yet substantially unsponsored, Kobayashi’s future beyond the Japanese grand prix is much more clouded.

“Obviously he knows that he also has to deliver this year.  He has to help us to achieve the P10 that we are targeting.”

It is a quite different story for the heavily sponsored Marcus Ericsson, as the 24-year-old has enjoyed an uninterrupted 2014 season and solid prospects of retaining the seat next year.

“We don’t want to lose Marcus,” confirmed Ravetto, “because the team invested in him in his rookie time and now wants to harvest on this investment, as we think that he will be able to deliver.”