Leaving Ferrari could be the best thing for Felipe Massa. 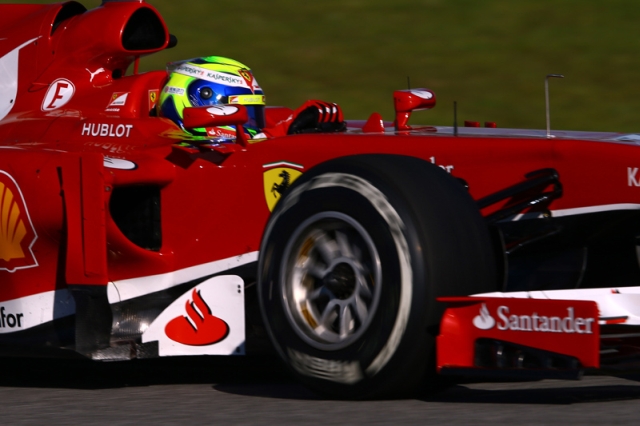 That is the opinion of a growing number of figures, after the Italian team decided to replace the long-serving Brazilian with Kimi Raikkonen for 2014.

“He needed results, as we do.  He got them, but not with consistency.

“He did some beautiful races but could not repeat them.

“Last year, we missed his points in the constructors’ championship.  The change will do him good,” added Montezemolo.

Having not won a drivers’ title since 2007 with Raikkonen, Ferrari’s decision to pair the Finn with ‘number 1’ Fernando Alonso for the next couple of campaigns is a clear sign of intent.

But according to Massa’s friend, countryman and former rival Luciano Burti, leaving Ferrari could also be the best thing for the 32-year-old.

“If he (Massa) had continued at Ferrari, he would have stayed with the same beat as now, which is not ideal,” said the former Jaguar and Prost driver.

“So if he gets a relatively good car for next season – which is not easy because there is only Lotus – it will be the best thing for him.

“I believe it would be a fresh start for him,” Burti told Brazil’s Totalrace.

It seems that even the Massa camp has a similar view.

Massa has already said that, for the balance of his Ferrari career, he will be fighting for his own interests, not those of the team or Fernando Alonso.

His manager, Nicolas Todt, said constantly having to serve a teammate “destroys the instincts of a driver”.

“We want to stay in formula one,” Todt told O Estado de S.Paulo newspaper.  “But he has to be at a team where he has freedom.

“Then, I think that we would see the same Felipe who in 2008 lost the title by one point to a driver on the level of Lewis Hamilton,” he added.