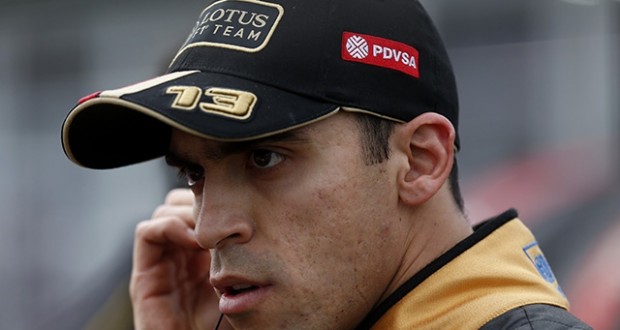 Maldonado defends ‘all or nothing’ approach

Pastor Maldonado has defended his reputation as the ‘crash king’ of formula one.

Following the controversial Venezuelan’s latest crash – with Marcus Ericsson in Brazil – former double world champion Mika Hakkinen hit out, insisting that “tougher sanctions” should be applied because “Maldonado does not seem to learn anything from his mistakes”.

But the Lotus driver, who brings millions to his race seat in the form of Venezuelan state oil funding, insisted: “I have always had the balls to go over the limit.

“I have always driven very aggressively.  All my career,” Maldonado, 30, told Bild am Sonntag newspaper.

“When I put on my helmet, I go as fast as I can.  And sometimes even more.  Sometimes you make this mistake, but to explore the boundaries, you have to exceed them.

“Even from my first race in karts, with cushions on the seat so that I could see, I was always a daredevil.  All or nothing, that was my motto.”

But when asked about all of his incidents and crashes in F1, the pinnacle of motor racing, Maldonado insisted: “It’s part of the game.

“Other drivers also crash and no one talks about it afterwards.  I crash and immediately it’s a scandal.

“Sometimes I think it’s not fair that it’s always (said to be) my fault.”

Maldonado says that despite his reputation as F1’s regular crasher, he actually has many friends in the paddock.

“More than you would think!” he said.  “Probably more than Lewis Hamilton, for example.

“I’m friends with Fernando Alonso and Felipe Massa, and I even get along well with Sergio Perez, even though we have had tough battles for many years.”

Asked if he thinks he could keep up with the reigning triple world champion Hamilton at Mercedes, Maldonado answered: “I would like to find out!

“Unfortunately I have not had the chance to sit in a winning car, but I believe that if I was at Mercedes I could keep up with Lewis.  I definitely have enough ambition and fighting spirit.

“And I know I have the talent to beat him.”