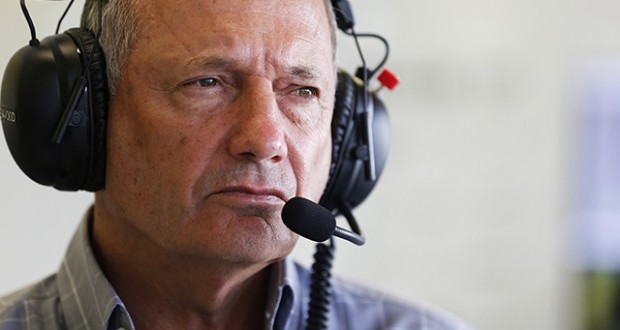 Ron Dennis says it is possible McLaren will line up with the same drivers in 2015.

Currently, Kevin Magnussen and Jenson Button are waiting to know if they will spearhead the start of the Woking team’s Honda era.

It is believed 34-year-old F1 veteran Button is the most likely to make way, as McLaren quite openly pursues champions of the calibre of Fernando Alonso, Sebastian Vettel and Fernando Alonso.

“I am a huge fan of both Kevin and Jenson,” team supremo Dennis said at Monza.  “Kevin has done an amazing job.”

But he also said McLaren is looking closely at “who is available” elsewhere on the grid.

He would presumably love to reunite with his former protege Hamilton, who is at the centre of new rumours as Mercedes wonders if his pairing with Nico Rosberg is working for the German team.

Dennis said at Monza: “No one could have predicted the tension inside Mercedes-Benz, or imagine a range of scenarios that could see one of those drivers on the market by the end of the year.

“That does not mean we would automatically reach for that driver, or any other driver, in preference to what we have,” he added.

“What it means is you are trying to understand who is available, and then you make a decision.  It could be that decision is not to change.”

McLaren has said it will announce its decision before the end of the season.