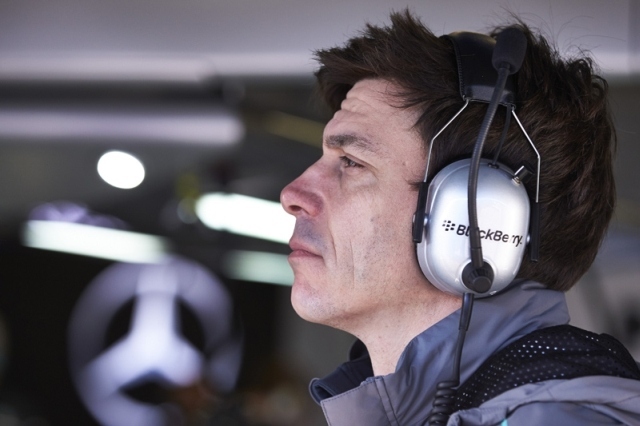 This year, Mercedes is in the awkward situation of being contractually bound to supply its industry-leading new technology to McLaren, whilst knowing the British team is already setting up its new works relationship with Honda.

When asked by Germany’s Auto Motor und Sport how much information about Mercedes has already passed from Woking to Japan, team boss Eric Boullier smiled whilst insisting: “Nothing!”

But Wolff admitted: “I am convinced that what McLaren learns is being exchanged with Honda in the context of what is allowed.”

He said McLaren’s own telemetry will allow Honda engineers to see information about things like torque, power delivery and driveability.

“And also what is needed for cooling, hydraulics, electronics — all these things are of course passed on,” said Wolff.

Wolff said he trusts McLaren – famously fined $100 million by the FIA for the 2007 ‘spygate’ scandal – to stick to what is allowed as it moves from Mercedes to Honda power.

“We have a very clear understanding of what can be disclosed and what cannot, but I am convinced that they acknowledge the partnership and the confidentiality that they enjoy as a client today,” he added.

Wolff also acknowledged that even the transfer of some information will not overcome Honda’s inherent “disadvantage” of only returning to formula one in 2015.

“Honda has a natural disadvantage,” he said, “because they are coming into the sport when everyone else has already been there (in the V6 era) for a year,” he said.

At the same time, he also thinks rivals Ferrari and Renault will be closer to Mercedes next year.

“Our concepts are very different,” said Wolff, “but the others will certainly catch up a lot, because they have information about how our engine runs when they see it on the track.

“Next year the field will automatically be closer,” he added.