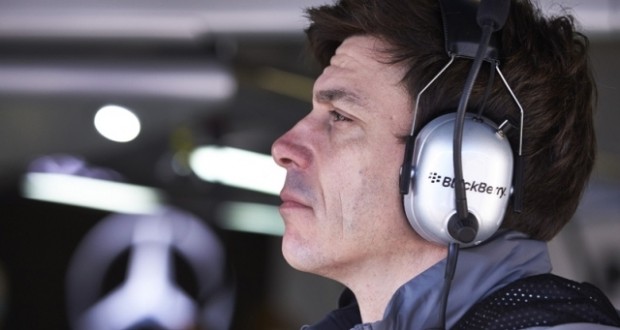 Toto Wolff has admitted tension between Mercedes’ title-warring teammates is inevitable over the decisive final five races of 2014.

In the last hours, despite their obviously fractious relationship recently, Nico Rosberg declared that the atmosphere inside the silver camp is now “very good”.

And Lewis Hamilton, who now holds a 3-point championship lead after Rosberg’s problems in Singapore, declared that things are “back to normal” following the recent turmoil.

But Dr Helmut Marko, a boss at Red Bull whose Daniel Ricciardo is still a long-shot hope for the drivers’ crown, declared this week that “This peace (at Mercedes) is not real”.

“Eventually, Hamilton and Rosberg will be side by side again, and when they see it is the title in front of them, there are no more rules,” he told Bild.

Mercedes boss Wolff has now hit back by admitting it is obvious tension still remains between Rosberg and Hamilton as the title battle intensifies.

“There is no need for a peace pact to show to the public,” he said ahead of the Japanese grand prix at Suzuka, one of five remaining races this season including the double points finale in Abu Dhabi.

“If you’ve been programmed for 25 years to fight for and win the drivers’ championship, no one can ask you to suddenly make your greatest enemy also your best buddy,” Wolff admitted.

“Either of them can be world champion,” he told Speed Week.  “Why should they make peace — so the other one can win?”