Lewis Hamilton says Mercedes will thrive even without Ross Brawn. 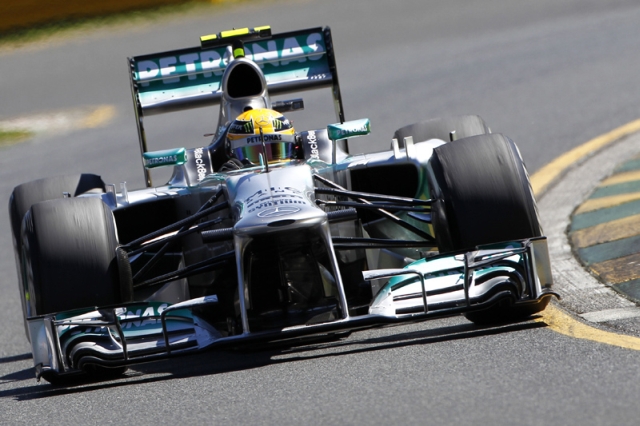 Although team boss Brawn has not confirmed speculation he is set to hand over to Paddy Lowe, the 2008 world champion said in Abu Dhabi he is confident about next year’s campaign with the Brackley based team “either way”.

Hamilton admitted recently Brawn’s presence had been a big part of his decision to leave McLaren at the end of last year, but on Thursday he insisted: “Ross wasn’t the only thing I came here for”.

“He was the one that came and showed me the progress that the team was making and the direction in which they were going,” said the Briton.  “But that would be the position of any boss who would have done that.”

“People said there would never be another Michael Schumacher but there is Sebastian (Vettel) now.

“There is going to be someone out there who can do the same or better and they just haven’t had the chance,” added Hamilton.

Interestingly, it was left to a driver outside the Mercedes camp – McLaren’s Jenson Button – to suggest that Brawn is “the perfect guy” for the team.

“For me it is clear that we will still see a lot of him in the future,” said Button, who won his title in 2009 at the Brackley based team with ‘Brawn GP’ branding.

58-year-old Briton Brawn has been linked with a move to McLaren’s 2015 works engine supplier, Honda.

Button said: “I am very surprised that they (Mercedes) are letting him go at all as for me he is the perfect guy to run a team.”