Ferrari’s 2014 pairing is not quite a match for Lewis Hamilton and Nico Rosberg. 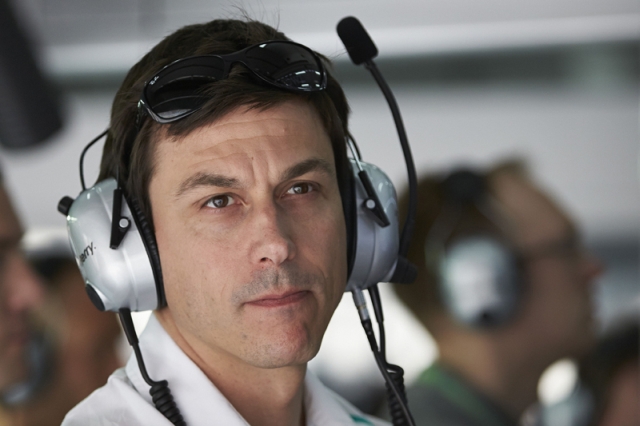 That is the claim of Mercedes’ Toto Wolff, who told Sport Bild that he is hopeful the Brackley based team will be charging for the title very soon.

Asked what he hopes for within the next three-year period, he told the German magazine: “That we would have justified the advanced praise and are a serious candidate for the world championship.

“No, actually in three years I want to already have the title in the bag,” added Wolff.

It has been said that the task for F1’s top outfits, including the dominant Red Bull, has been made more difficult by the new ‘dream team’ driver lineup fielded by Ferrari in 2014.

“I still think we have the strongest driver pairing,” said Wolff, when asked to compare Hamilton-Rosberg with Ferrari’s Fernando Alonso and Kimi Raikkonen for 2014.

“It’s because our drivers have known each other for so long that they are able to compete fairly despite their many differences,” he added.

“I do not see that Ferrari’s (lineup) could be as harmonious as ours,” said Wolff.

Former two-time world champion Mika Hakkinen, who spent most of his McLaren career alongside David Coulthard, agrees with those who think Alonso-Raikkonen could spell trouble.

“The presence of two champions could create a strange pressure in a team of 1000 people,” the Finn told Speed Week.

“There are a lot of positives, but it’s also unpredictable,” Hakkinen added.