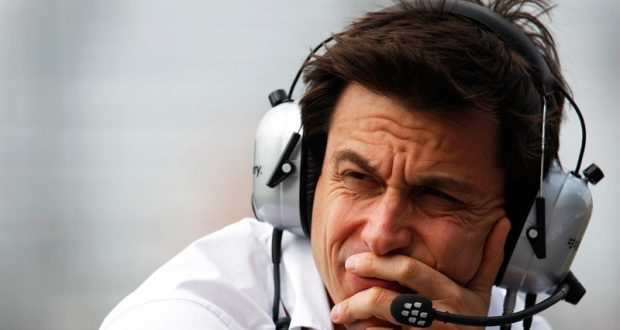 Sebastian Vettel has cooled down after raging at former teammate Daniel Ricciardo in the Spanish grand prix.

In a radio rant during the Barcelona race, the German had wondered if Ricciardo’s overtaking style was “racing or ping pong”.

Still racing for Red Bull following Vettel’s departure to Ferrari, Ricciardo hit back on Twitter by posting a photo of comedic actor Will Ferrell with the caption “Love a good game of ping pong”.

Vettel says he has calmed down.

“Now I have cooled down, I have to say had I been in his position I also would have tried it (the move),” said the Ferrari driver.  “We are both experienced enough to know that if the other plays along we both stay in the race.”

Much more attention has been paid by the media to the actual coming-together between warring Mercedes teammates Lewis Hamilton and Nico Rosberg.

F1 legend Sir Jackie Stewart, for instance, thinks Mercedes should give Hamilton a “financial penalty” for letting his emotion spill over by triggering the crash and then hauling his $50,000 steering wheel across the gravel.

“At the same moment I broke my headphones, so I can understand him,” Wolff told the Stuttgarter Nachrichten newspaper.

David Coulthard agrees that playing the incident down appears the best strategy for Mercedes.

“Having gone through Spa two years ago when the two collided, Mercedes are better prepared to deal with it,” he told the Telegraph.  “They do not seem in the mood for blaming one and giving some sort of punishment.”

Niki Lauda, meanwhile, declared that the topic should now be closed, given that Hamilton privately acknowledged the mistake and apologised.

“There is no need for a clear-the-air meeting or any punishment,” said the team chairman.

Alain Prost, a quadruple world champion, agrees: “This is only the first time in three years they have taken each other out.

“We have to be careful we don’t overreact.”

Wolff insists, at least, that it will not be Mercedes who do any overreacting.

“It is difficult because we have two number ones free to race on the track, the advantage is that we know that both are always giving the maximum,” he told Spain’s El Mundo.

“I think the results of recent years proves that we are doing a good job.