Sebastian Vettel says he will not try to boost his popularity by jumping on the social media bandwagon. 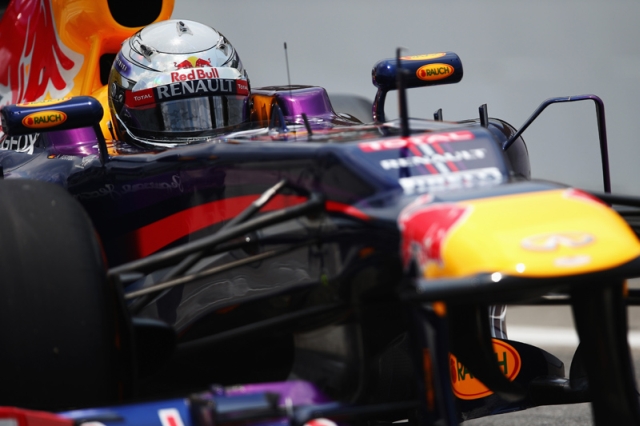 It is has been suggested the almost four-time world champion’s unpopularity among the fans is worsened because he refuses to connect with them via Twitter or Facebook.

Indeed, among his F1 racing rivals, only the odd and aloof Kimi Raikkonen similarly stays away from the hugely popular social media sites.

But Vettel is quoted by Brazil’s Totalrace: “I have no interest in sharing everything I do in my life.  Maybe I am too boring,” the German joked.

Amid his current streak of domination, Vettel was booed when he won at Spa, Monza and Singapore.

But there was no booing in Korea at the weekend.

Some cynics might say that’s because there were no spectators at remote and soulless Yeongam, but German-language commentator Marc Surer said: “In fact there was a surprising number of locals (on Sunday), and they were fair.

“Sebastian Vettel has a lot of fans,” he insisted.

Lewis Hamilton insists that booing Vettel is wrong, but the Mercedes driver does admit the German’s recent domination reminds him of the Schumacher era, when the sight of a red car strolling into the distance would send him to sleep in front of the television.

The 2008 world champion told Bild newspaper: “He’s won this title already, unless he doesn’t go to the rest of the races.

“But he’d probably still win it even then,” added Hamilton.

It may be interpreted that some of Hamilton’s recent comments indicate a lack of respect for Vettel.

But the Briton wrote on Twitter on Tuesday: “He (Vettel) is a great human being who is funny and humble.  Deserves all the success he is having!”