Red Bull rivals ‘back in the game’ – Montezemolo

After four years of title-winning dominance, Red Bull’s rivals hope to be “back in the game” as the new F1 era kicks off in 2014. 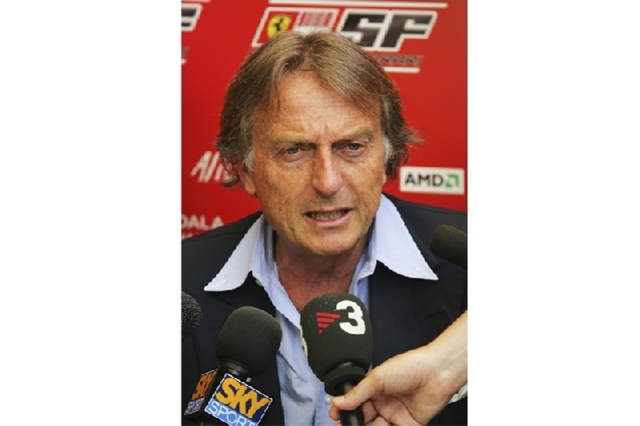 “We dominated for five years, they (Red Bull) did it for four and I think now we must make sure we get back to winning,” he is quoted by Italy’s Tuttosport.

“I have utmost respect and praise for what they have done, knowing that today we all get back in the game.  We’ll see,” he added.

Team boss Stefano Domenicali said the F14-T got off to a solid start at Jerez, but warned that Ferrari must now build on that momentum.

“It is impossible to start with a perfect car in a season where so many changes are made,” he is quoted by Italy’s La Gazzetta dello Sport.

“We still have much work ahead.”

In the Red Bull era, it is widely believed that F1’s most famous aerodynamicist Adrian Newey utterly mastered the rules.

But the emphasis has switched to the new turbo and ERS-powered V6s for 2014, and Red Bull and engine supplier Renault struggled even to run the new RB10 at the first Jerez test.

Putting in lap after lap in southern Spain, on the other hand, was Mercedes.

“Reliability is the keyword for the first five, six races,” team chairman Niki Lauda is quoted by Osterreich newspaper.

“Who is the best prepared will be furthest ahead,” he predicted.

The F1 circus has now moved to the island Kingdom of Bahrain for the second of the three pre-Melbourne tests.

But he said the pecking order still will not be clear after the first week in Bahrain.

“After the second week (in Bahrain) you can read a little bit more into it,” said Lauda.  “Until then it is not only difficult, but also pointless.”

So Lauda insists it would be a mistake to write off Red Bull on the basis of Jerez.

“You do tests to find problems,” he said.

Nonetheless, he said Mercedes has started on the right foot and is on target for its ultimate goal.

“We want to be world champion as soon as possible,” Lauda is quoted by Kleine Zeitung newspaper.

“Whether it is this year or not, you cannot say yet.  My personal goal is that it happens in the next two years.

“This is a hard goal, but that’s how it should be,” the former triple world champion and F1 legend added.