Red Bull will take stock of the 2014 season after its home race in Austria next month. 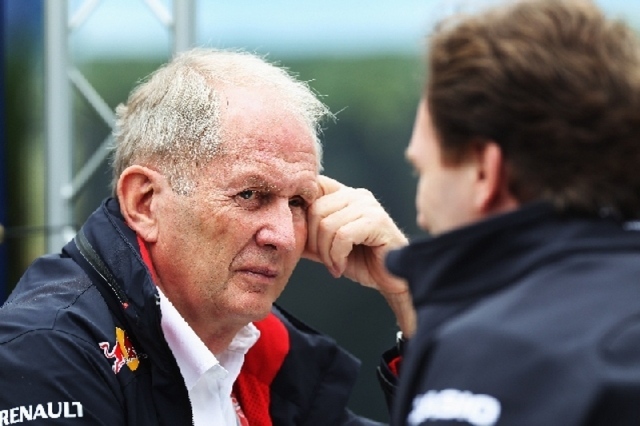 That is the claim of the energy drink company’s Dr Helmut Marko, despite team owner Dietrich Mateschitz insisting Red Bull will keep pushing for the title.

Mercedes has easily won the opening five grands prix of 2014, but Red Bull’s rate of improvement since a disastrous winter season has also been impressive.

“The grand prix of Austria is a benchmark,” Marko, referring to the June 22 race at the renovated Red Bull-Ring, is quoted by APA news agency.

“By then we will have all the parameters with the engine all together,” he added.

“Then we’ll see how things look.”

Red Bull has made no secret that it regards its RB10 car as a championship winner, with the only missing link being the deficiencies of the Renault engine.

The French marque, however, insists it is rapidly catching up.

“I’d say we are about 90 per cent of the way on our recovery now, with final refinements to come,” Remi Taffin said after the weekend’s Spanish grand prix.

For the moment, Red Bull is ruling out a change of engine supplier.

“Change to who?” team owner Mateschitz said when asked the question.  “We currently have no alternatives, and the contracts with Renault are long term.”

So Red Bull is pushing ahead with its French partner, he explained.

“I hope that by mid-season we succeed to some extent in making Mercedes’ lead at least no longer unassailable,” said Mateschitz.  “As always, hope dies last!”