Force India has hit out at the mid-season tyre specification change that, according to technical director Andy Green, was a terminal setback for the Silverstone based team. 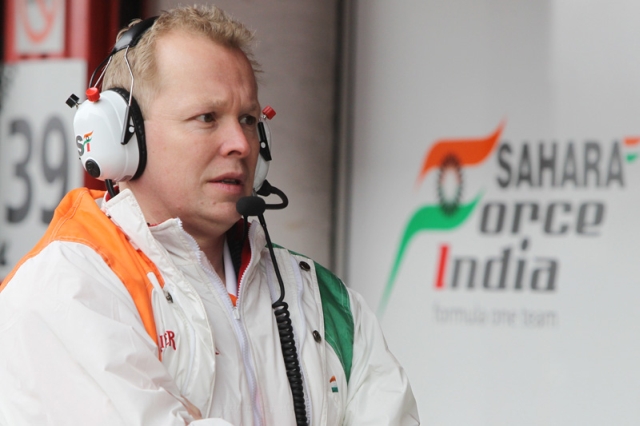 And, as Ferrari now turns its full attention to the 2014 challenge, the Italian team has also lamented the move from the original steel-belted 2013 Pirelli tyres to last year’s kevlar specification.

The move was ostensibly made on safety grounds, but Ferrari and Force India argue that it hurt their performance badly.

“We started the season in a good way,” said Fernando Alonso.  “We won in China, we won in Spain and then we seemed to lose a bit of the performance, especially when the 2012 Pirelli tyres came back.

“That was probably the point in the championship (where) we said ‘bye-bye’,” the Spaniard revealed.

Force India’s is a similar story, but perhaps even more dramatic.

“Initially the others couldn’t do what Ferrari and us were able to,” technical boss Green told Auto Motor und Sport.

“But Red Bull and Mercedes did a really good job of lobbying.  That’s just unfair.

“They had the same opportunity as we did to build a car for the 2013 tyres — if they didn’t do a good job, that’s their problem.  But they were rewarded for it instead,” he insisted.

The change from steel to kevlar internals may seen academic, but it had a big impact on aerodynamics, Green explained.

“It gave us bad oversteer in fast corners,” he said.

“The aerodynamics at the rear of the car no longer worked because the tyre deformed less.”

Green said Force India then “stopped developing the car and could only react” to the problem “with different ride heights and suspension settings”.