Daniel Ricciardo has moved into pole position to succeed his Australian compatriot Mark Webber at Red Bull next year. 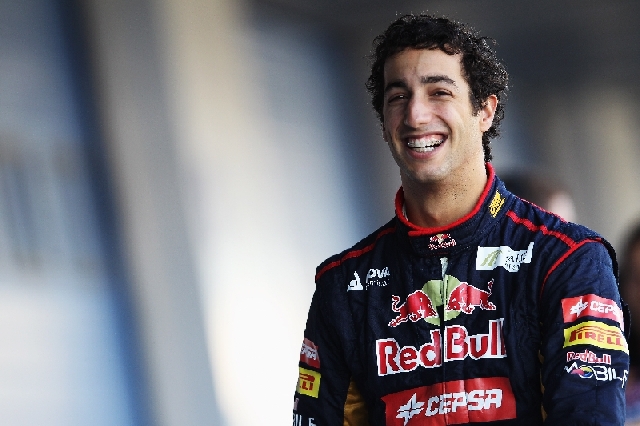 Particularly in the wake of the ‘Multi-21’ affair and subsequent rumours that Webber could sign for Porsche’s Le Mans effort, the signs that Sebastian Vettel will have a new teammate in 2014 have been growing.

The early favourite was Kimi Raikkonen, but Red Bull’s driver manager Dr Helmut Marko insists he is in “no hurry” to make a decision.

“Many drivers want to drive for Red Bull, and we have two very good juniors,” he is quoted by APA news agency at the Red Bull Ring circuit in Spielberg, Austria on Monday.

“I’m not worried that we will have something other than two top drivers in the end.”

The ‘two very good juniors’ referred to by Marko are Toro Rosso duo Ricciardo, 23, and the similarly-aged Frenchman Jean-Eric Vergne.

“In general we are happy with both drivers,” Marko said.

“Ricciardo is currently the better one.  Vergne is too impetuous, asking too much of these sensitive tyres in qualifying.”

Like team owner Dietrich Mateschitz, Marko does not completely rule out re-signing Webber for 2014.

He denied the 36-year-old’s relationship with Vettel is now untenable, insisting there is tension but only because both drivers are “alpha dogs”.

“They work constructively together, and that’s enough,” said Marko.

“As long as it stays that way, we don’t have to worry.  They’ve never been great friends, but they have a working relationship that still works.”

In the meantime, Ricciardo has vowed to try to influence Marko’s decision, which will be made around summertime.

“But I know that I need to do more if I want to have a good chance of getting the place at Red Bull.

“I have to show that it wasn’t just a flash in the pan,” added Ricciardo.

He admitted the stakes, and the pressure, are high.

“I see it as an incentive, not a burden,” said the Perth-born driver.  “My goal is to get the promotion, and I know that a lot is expected of me.