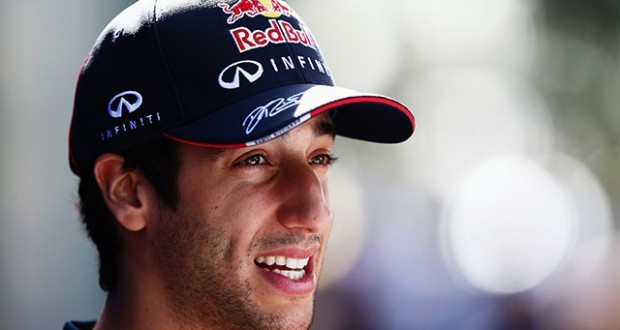 Daniel Ricciardo has admitted he is not sure Red Bull’s F1 quit threats are “real”.

When the extent of Red Bull’s 2015 struggle and dissatisfaction with the rules and engine partner Renault became clear earlier this season, the team’s Austrian faction headed by Helmut Marko and owner Dietrich Mateschitz indicated the energy drink company might pull out of the sport.

Forbes’ F1 business journalist Christian Sylt, however, says Red Bull Racing has in fact committed to the sport until 2020 in its own annual financial statements.

However, Bernie Ecclestone has admitted that if Red Bull is determined to pull out, “there is nothing we could do”.

Australian Ricciardo, who is Red Bull’s most senior F1 driver, has admitted he is “not blind” to the reports.

“When I hear about it and the frustrations with Mateschitz, I completely understand as he’s not in this sport to make up the numbers,” he is quoted by the Brisbane Times.

“If we as drivers are frustrated, I’m sure he’s just as – if not more – frustrated, because it’s his brand, his money and his image.

“Whether these exit threats are real or directly coming from him, I don’t know.  But I do hear them — it’s hard not to,” Ricciardo added.

Red Bull has already acknowledged that it will be unable to compete for the title this year, and not just because of the RB11 package’s below-par performance.

Ricciardo will begin to use his fourth and final ‘power unit’ allocated for the entire 2015 season this weekend in Barcelona, with further changes to begin to incur grid penalties.

“It’s not too riveting at the moment,” the 25-year-old smiled.

“It’s not how I want to go racing, but it’s what I’ve got at the moment.  It’s more difficult when you’re not fighting right up the front, but you need to keep a bit of hope.”

Ricciardo said that, with Sebastian Vettel now at Ferrari, he finds himself in a de-facto leadership position at Red Bull, with a responsibility to keep his troops motivated.

“It’s a fine line,” he added, “because at times you want to have a bit of a tantrum.  But I’m aware what that would look like, and it wouldn’t help.

“Everyone knows the situation we’re in, so there’s no point me putting fuel on that fire.”