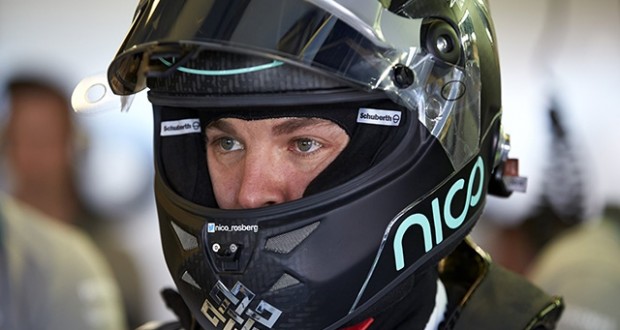 Nico Rosberg has admitted he will think more about his own interests now after Mercedes wrapped up the constructors’ championship in Russia.

The German has fallen 17 points behind in the intra-team chase for the drivers’ title, after Lewis Hamilton won the last four grands prix on the trot.

Some believe Rosberg is tightening up just as Hamilton is hitting his stride, but the German announced he will “attack with full force” beginning with next weekend’s US grand prix.

“The remaining tracks are among my favourites,” he said, referring to the final flyaway trio of races in Austin, Brazil and Abu Dhabi.

“I have never felt pushed into a corner,” Rosberg is quoted by Germany’s Sport Bild.  “I am a hunter, I am hunting for the title and I have no reason to give up.

“There will be a tough fight over three challenging races,” he continued, “and I have no doubt that after thinking about the team, now it is going to be more about our own interests.”

Alain Prost, the F1 legend, agreed that although Hamilton is ahead in the standings and on form, Rosberg cannot be counted out yet.

“It’s more in favour of Hamilton,” said the Frenchman, “but he can always make a mistake at the wrong time.  I would say it is 55-45,” he told Spain’s AS newspaper.