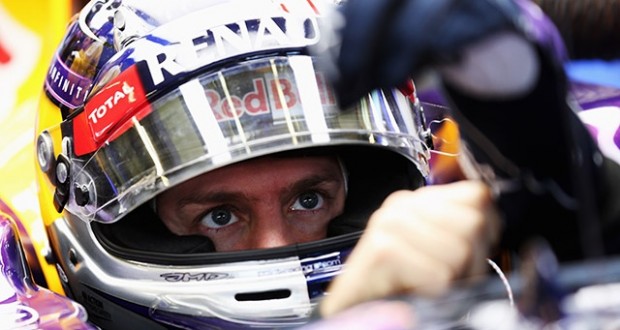 On paper, given his 17-point lead and run of form, Rosberg’s Mercedes teammate Lewis Hamilton is the overwhelming favourite to secure his second career drivers’ title. But Vettel, who in Abu Dhabi will not only depart as reigning world champion but also race for Red Bull for the last time, insists Rosberg cannot be written off. “Both deserve the title,” the German told Sport Bild. “Lewis won more races than Nico, but Nico has driven very consistently and cleverly.

They are different kinds of drivers but both have done a very good job this year.” Vettel compared Rosberg’s situation to his own first title in 2010, when both Fernando Alonso and his Red Bull teammate Mark Webber were better placed to win the championship at the season finale.

“Fortunately,” Vettel said, “the others failed to bring home the points they needed. “I was quite surprised,” he added, “because the odds were that Fernando and Mark were much more likely statistically to be able to get the places they needed. “So it’s a similarly difficult situation for Nico now as it was for me back then,” Vettel said.

“I knew that my only chance was to win the (last) race, so I just tried to concentrate on what I had to do,” he revealed. “I didn’t want to be updated during the race on the provisional results of the world championship for example.” Meanwhile, Vettel admitted his last race for Red Bull this weekend will be a “strange and very emotional” experience.

He is set to switch to Ferrari for 2015 and beyond, but thanked Red Bull mogul Dietrich Mateschitz for investing in him and bringing him to F1 stardom. “Dietrich believed in me and said ‘Give the boy a chance’,” recalled Vettel. “It was at a time that was very difficult for me, because very few people believed in me. I got the chance and thank god it seemed to all work out,” the quadruple world champion added.