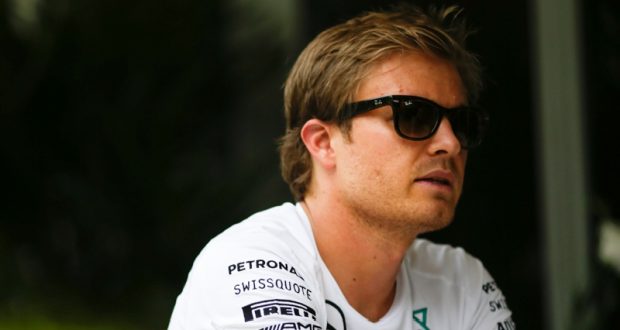 Senior F1 drivers have questioned the safety credentials of the sport’s newest venue.

What became clear on Thursday as the teams, drivers and engineers checked out Baku’s street circuit on foot and by bike is that it is totally unique — lined with walls and barriers but incredibly high speed.

Bernie Ecclestone said he was happy.

“Baku is a good city and we haven’t had any complaints on anything,” Azerbaijan’s Trend news agency quoted him as saying.

But there were some grumbles from Jenson Button and Nico Rosberg, who questioned whether the FIA had fudged its numbers when it comes to Baku and safety.

“There are given rules they have to make tracks, so I would hope that they stuck to them.  I’m doubting it a little bit, looking at those corners,” he added.

He may be referring to the ultra-narrow section past an old city wall, which at 7 metres wide is some 5 metres narrower than FIA rules actually require.

And McLaren’s Button said some of the run-off areas at a track where top speeds are tipped to top 350kph are notably lacking.

“We work so hard on safety, improving circuits all the time and we come here and we have corners that don’t have any run-off at all,” said the 2009 world champion.

Rosberg agreed: “There is a massive accident to be had.  That’s not great.”

Ferrari’s Sebastian Vettel, however, rebuked a reporter for raising questions about safety, particularly when it comes to the pit entry at Baku.

“Actually I don’t understand why this is the second question of the same nature,” said the German.

“I think it looks exciting.  Pit entry looks a challenge, but again I think that’s why we’re here.”

But even official Baku ambassador Fernando Alonso admitted that organisers and the FIA might have some tweaks to make for 2017.

“There are some corners that probably we will talk about,” said the Spaniard.

“In terms of safety I think the FIA ran many simulations to make the run-off safe enough.  Obviously some of them are enough, some of them maybe they look small but it’s always better than Monaco — it can’t be any worse than that,” added Alonso.