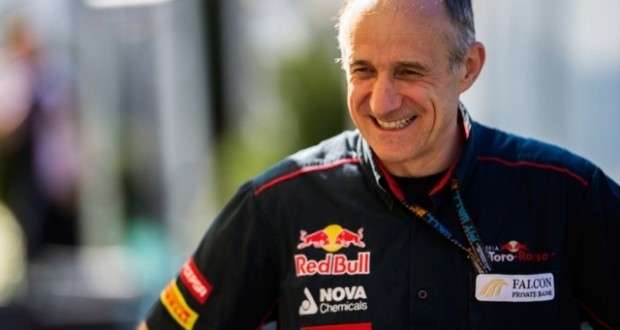 Jean-Eric Vergne is now a hot contender to keep his seat at Toro Rosso next year.

The Red Bull-owned team earlier announced the Frenchman’s impending departure, to make room for the teenage sensation Max Verstappen in 2015.

But Verstappen’s scheduled 2015 teammate, the impressive Russian Daniil Kvyat who qualified a sensational fifth on home soil at Sochi on Saturday, is now heading to Red Bull’s main team next year to replace departing Sebastian Vettel.

Spanish rookie Carlos Sainz jr was initially the favourite to replace Kvyat at Toro Rosso, but that would leave the Faenza team with two inexperienced and young rookies in 2015.

When asked about Sainz’s obvious candidature on Friday, Toro Rosso boss Franz Tost answered: “There are also other drivers.”

The first he named was 24-year-old Vergne, who Tost pointed out “is an experienced driver”.

And now, to the German-language Speed Week, Tost has added: “Vergne has collected a lot of experience, has put in a good performance.

“To be there at the side of the young Max Verstappen probably makes the most sense,” the Austrian reportedly said.

However, as Tost already pointed out on Friday, “Red Bull will decide” who gets the seat “within the next weeks”.