You can use WP menu builder to build menus
Home | Formula 1 | Williams not ruling out 2016 wins, title – Massa 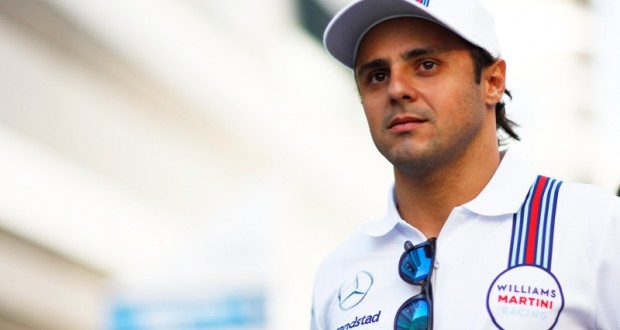 Williams is not entering 2016 targeting another third place finish in the constructors’ championship.

That is the view of Felipe Massa, who alongside Valtteri Bottas helped the Grove team beat giants like Ferrari in 2014 and Red Bull last year.

“For the size we are, Williams did a very good job in the last two years,” Massa told the Sportv programme Ta Na Area.

“On the financial side, we are lower than Mercedes, Ferrari, Red Bull and McLaren, but now we are working harder to get closer to them and maybe have a chance to win again,” the 34-year-old former Ferrari driver added.

And Massa also told Brazil’s TV Globo: “The work is always to fight for the title.  We have to put our feet on the ground as the others are also working hard, but I believe this will be the year where Williams will improve the most.

“Seeing the car,” he revealed, “I notice that we have many new things, so we will try to close the gap to Ferrari and even Mercedes.

“I hope we can fight for victories and even the championship,” said Massa.

To that end, Massa explained, Williams began work long ago.

“We were working on the 2016 car long ago,” he said, “even before the end of the season.  To get closer to the other teams that’s what we need to do to develop a lot.”

But he said he expects Mercedes, the back-to-back world champions of 2014 and 2015, to be strongest once again this year.

“They would have to make a big mistake not to have as competitive a car as they had in 2015,” said Massa.  “It is a year where nothing has changed in the regulations.

“I’m sure Mercedes will be very strong this year, but hopefully not as much as in 2015 so that other teams have the ability to fight them on equal terms.”

Finally, Massa commented on his highly-rated teammate Bottas, who last year spent much of the season being strongly rumoured with a future move to Ferrari.

“He is an exceptional talent,” Massa said.  “Fast, very intelligent, very hardworking.  He is developing and can develop a lot more.  He will have the opportunity to win races and the championship.

“But I hope to be better than him (Bottas) this year,” he smiled.