Mercedes has closed the door on Fernando Alonso. 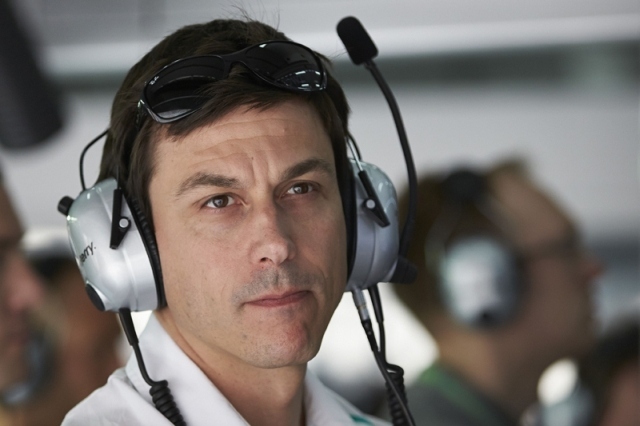 Swirling rumours in the Barcelona paddock suggested the increasingly-frustrated Spaniard may have looked into whether there could be a place open at the dominant Brackley team for 2015..

That interest would be despite Alonso’s ongoing Ferrari contract, and also the fact that Nico Rosberg and Lewis Hamilton are similarly fastened to Mercedes beyond this year.

And Niki Lauda, Mercedes’ outspoken chairman, promptly dismissed the speculation as “bullsh*t”, according to the Austrian newspaper Salzburger Nachrichten.

Team boss Toto Wolff added: “We think long-term — we are not interested in one night stands.”

The door to silver pastures would seem to be firmly shut to Alonso.

Not only that, the Spaniard – earlier with the easy upper-hand on new Ferrari teammate Kimi Raikkonen – has been soundly outpaced by the Finn at home in Spain this weekend.

Raikkonen, too, was not celebrating his Saturday triumph.

“It gives me no satisfaction to be ahead of him (Alonso),” he said.  “What I want is to be fighting for the top positions.

“Of course it’s nicer to be in front of him than behind, but whether you’re sixth or seventh doesn’t make much difference,” Raikkonen added.