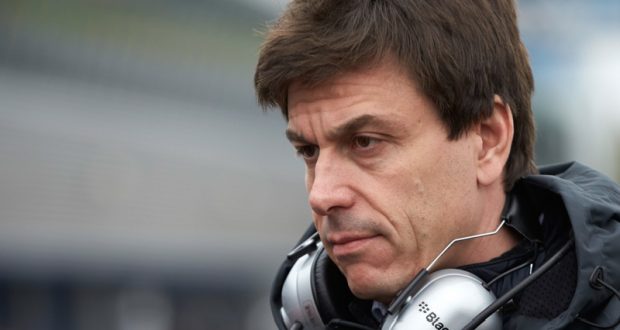 Toto Wolff has vowed to raise with Bernie Ecclestone the issue of Mercedes’ underrepresentation on television, despite its ongoing dominance of F1.

The German marque’s F1 chief claims that, as Nico Rosberg won all four grands prix so far in 2016, the silver cars were not featured prominently on the FOM-controlled broadcasts, particularly in Russia recently.

“It is a difficult thing and we are having discussions to make our point,” Wolff is quoted by The Sun newspaper.

The issue is not new, after Mercedes’ one-two at Suzuka last year attracted only five of the broadcasted 90 minutes of television coverage.

Bernie Ecclestone denied he ordered the blackout as punishment for Mercedes refusing to supply Red Bull with engines, explaining that focusing only on the lead cars is “boring”.

“Lewis and Mercedes are just too dominant for their own good at the moment,” he said at the time.

Now, Wolff is unhappy about FOM’s coverage of the recent Russian grand prix.

“We thought we didn’t have the exposure of the race cars that we thought we should have, but I guess it is a difficult discussion,” he said.

“I think the difficulty for Bernie is that he has multiple clients.  There are the sponsors on the car, the sponsors on the track, the TV and the fans who want to see spectacular racing and the main protagonist who is leading the race and that needs to be balanced out,” added Wolff.