The 2012 edition of the Honda Indy Toronto will mark a new milestone in auto racing with the introduction of a new IZOD IndyCar Series chassis and the return of engine manufacturer competition. 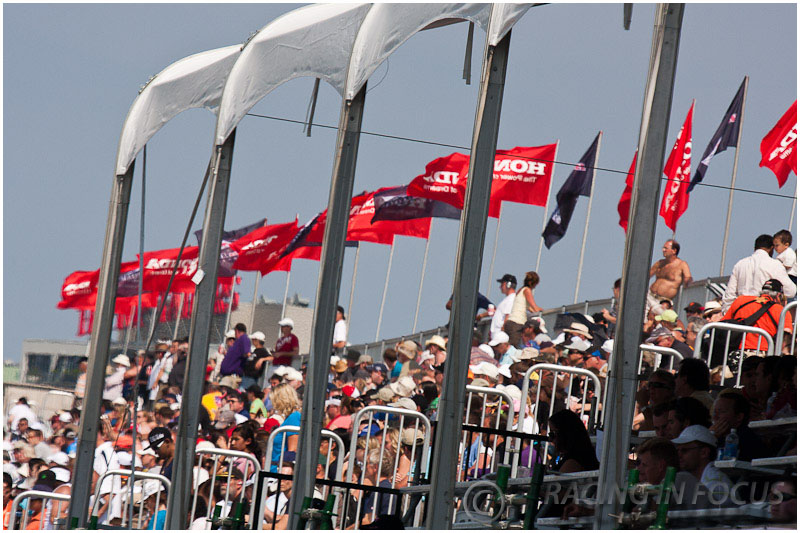 The event returns to the streets of Toronto July 6-8, 2012. Tickets are available for sale on November 23, in time for the holiday season.

“Thanks to growing sponsorships, vendors and quality racing, the event continues to deliver a unique experience,” said Charlie Johnstone, Vice-President and General Manager, Honda Indy Toronto. “The addition of a new chassis and engine competition will heat things up even more.”

The 2012 Honda Indy Toronto will continue to bring a diverse schedule of events for Canadian race fans. The marquee event will continue to be the IZOD IndyCar Series, with the support series races to be announced at a later date.

Tickets start at $30 for a single day general admission pass on Saturday and peak at $423 for a weekend Gold-level grandstand pass. To purchase tickets or to view a complete list of prices and ticket packages, visit hondaindytoronto.com/tickets or call 1-877-503-6869.

The 2012 IZOD IndyCar Series season will introduce a brand new car designed by Dallara Automobili. The car, dubbed the IndyCar Safety Cell, will be labelled ‘DW12’, a tribute to the late Dan Wheldon and his efforts in testing the new car.

The 2012 season will allow entry from three engine manufacturers, creating room for more competition than ever before. Honda, the sole engine supplier of the series since 2006, will be joined by Chevrolet and Lotus to provide turbocharged V-6 engines to competing teams, a move from last year’s V-8 engine. The adjustment comes as the series looks to increase competition and excitement for the 2012 season.

The Honda Indy Toronto takes place July 6-8, 2012 on the streets surrounding Exhibition Place near Lake Ontario and downtown Toronto. With 26 years of IndyCar racing history in Toronto, the Honda Indy Toronto is among the most respected motorsports events in North America and includes the fastest racing series on the planet, celebrity athletes, and a week-long festival of live entertainment and interactive activities.