Construction of the race track kicked off last Wednesday for this year’s Honda Indy Toronto, beginning a month of hard work. 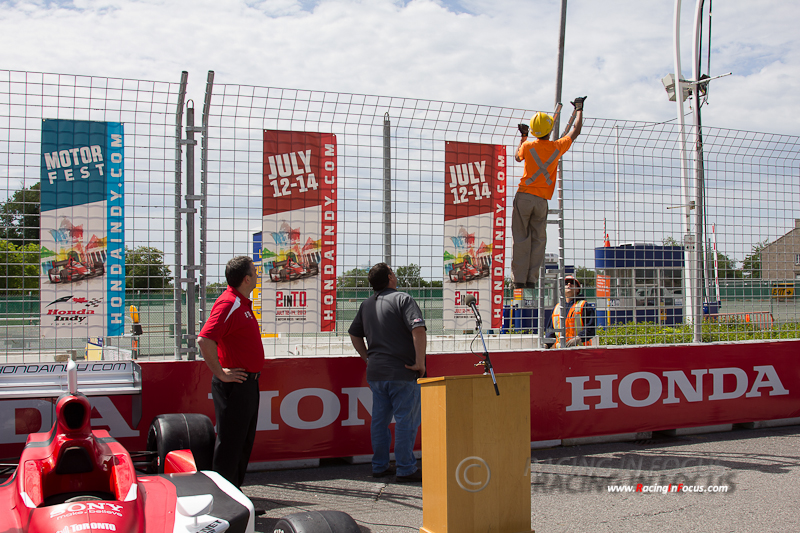 More than 2,050 steel-reinforced concrete barriers blocks and over 1,200 sheets of fencing will be placed around Exhibition Place and Lakeshore Boulevard over the next weeks. Crews plan to work on Lake Shore Boulevard only at night (between 10 p.m. and 6 a.m.) to help keep traffic flowing smoothly and to keep commuters out of trouble.

Charlie Johnstone, President of the Honda Indy Toronto and Jim Tario, Director of Track Operations was joined by Honda Junior Red Riders, Smoke’s Poutinerie, Amsterdam Brewery, Muskoka Brewery and other race partners to present some of the upcoming off-track activities and launch the construction.

“We’ve really tried to add a lot of off-track excitement because we know the people who come for the race are race fans, but a lot of people aren’t aware there are so many more things going on off-track that are just as exciting…” he said. He also talked about the demand the drivers will face as they will compete in two races for championship points during the weekend. 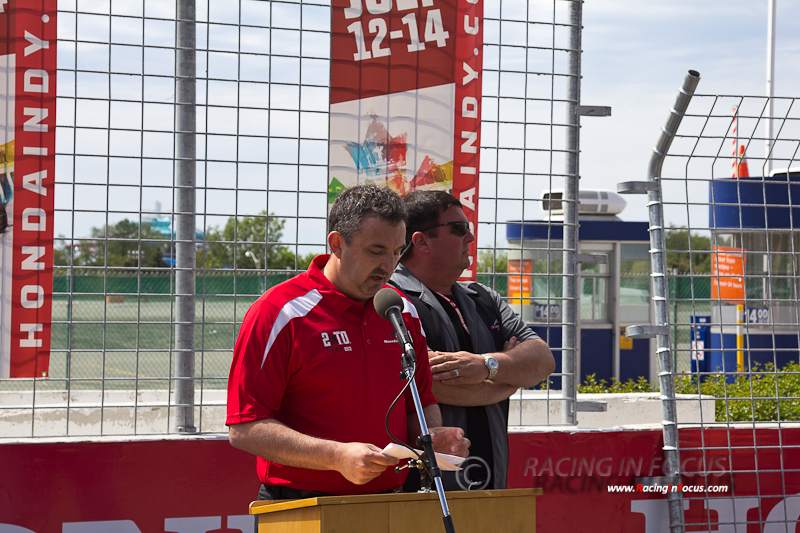 The 2013 Honda Indy Toronto takes place July 12-14 on the streets surrounding Exhibition Place in downtown Toronto. As the only Canadian stop for the IZOD IndyCar Series in 2013, this year Honda Indy will feature the first “Doubleheader” in Toronto, with full points and prize money on both days.

Doubleheader weekends were the brainchild of Randy Bernard which was fired last year, and the idea was to use the doubleheaders to create some ‘buzz’ that would help build the fan base for the series.

The 11-turn, 1.75-mile circuit, which offers great views of downtown Toronto, is tight and has led to cars attempting to squeeze past each other in turns.

Honda Indy Toronto race usually features aggressive driving and wheel banging that inevitably finds broken cars wedged into the tire barriers. Many times, only one makes it out unscathed. A long front stretch leading into the Turn 1 Princes Gate, a hard right-hander, is a great place for overtaking.

A few weeks ago the organizers of Honda Indy Toronto invited both Canadian drivers, James Hinchcliffe and Alex Tagliani and they were taking on how demanded will be the weekend from the drivers and teams perspective – definitely will be a challenge!! 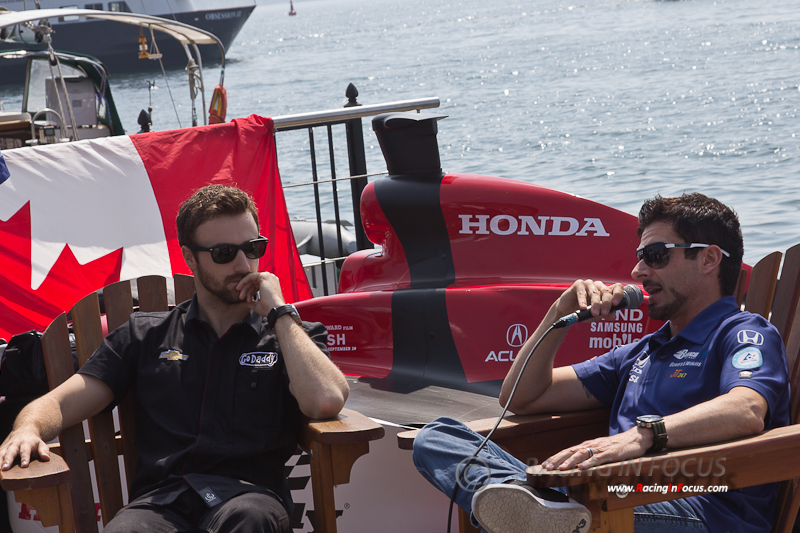 With the Edmonton race being cancelled by the series, the Toronto doubleheader still gives IndyCar two events in Canada. If you are an Edmonton racing fan you can jump in a plane operated by Porter Airlines and see it live in Toronto as Porter Airlines is the official airline for Honda Indy Toronto in 2013 and 2014.

“Flying with Porter to Billy Bishop Toronto City Airport puts you within one kilometer of the track,” said Robert Deluce, president and CEO of Porter Airlines. “It’s the ideal way to arrive for a visit to this iconic summer event and then return home from.”

“Race fans travel from across Canada and the U.S. to this event,” said Charlie Johnstone, President of Honda Indy Toronto. “Our relationship with Porter is ideal for these passionate supporters to come and watch a great race in one of North America’s premiere cities.”

“Porter Escapes packages are the perfect complement to Porter’s support of this Toronto tradition,” said John Kirk, director of vacations and packaged products. “The city is alive for the entire race weekend, and it’s incredible to experience as a resident or visitor.”

Packages are limited and prices vary based on departure city. Full details are available at www.porterescapes.com.

For tickets and a full festival schedule, visit hondaindy.com.