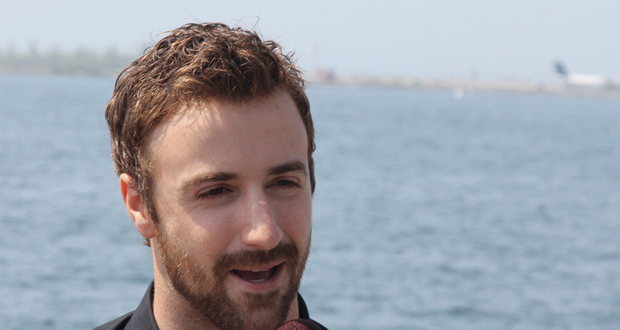 Organizers of the 2015 Honda Indy Toronto are pleased to announce that local Canadian race car driver and mayor of Hinchtown, James Hinchcliffe, will serve as the Grand Marshal for the marquee Verizon IndyCar Series race taking place Sunday, June 14. Hinchcliffe was recently medically cleared to travel to Toronto.

Hinchcliffe will perform the standard Grand Marshal duties that include giving the famous “drivers, start your engines” command to start the afternoon Verizon IndyCar Series race on Sunday.
“We are very excited to have James as Grand Marshal,” said Charlie Johnstone, President of the Honda Indy Toronto. “Although he is unable to race, it is important to us, and to him, that he is involved in the race in some capacity, being as this is his home town event.”

Hinchcliffe will not be racing in this year’s Verizon IndyCar Series race in Toronto due to injuries sustained during an accident that happened on May 18 during a practice round for the Indy 500. This will be the first time that he will not be racing since he joined the series in 2011.
“I’m looking forward to being back home in Canada and attending the Honda Indy Toronto with Schmidt Peterson Motorsports this weekend,” said Hinchcliffe. “It will be a strange feeling for me not lining up on the grid this year, but being the Grand Marshal is a role I’m honoured to fulfil and I’m excited that I’ll play a role in the proceedings on Sunday.”

Hinchcliffe is expected to make a full recovery from his injuries and is highly anticipating his return to racing.