Various car manufacturers will be having special features this year on Family Day. With race car drivers and TFC players, you’ll surely find entertainment for the entire family to enjoy.

Visit the Hyundai display to meet the drivers of the Attrell Racing Castrol Genesis Coupe race car who will be on-hand for photos and to sign autographs.

Aaron Povoledo from K-PAX Racing will be available for pictures with his #88 Volvo C30 racecar and to sign posters at the Volvo exhibit.

A special edition to the show this year includes famed automotive designer, Chip Foose.  Attendees at the Toronto AutoShow can make a donation and enter for a chance to win the specially designed Chevrolet Cruze (dubbed the Chevrolet Foose Cruze) from Friday, February 17, 2012 to Sunday, February 26, 2012 in support of The Hospital for Sick Children (Sick Kids)

Kia Canada is pleased to have Toronto FC Alumni Jimmy Brennan and Danny Dichio available for autographs in the Kia pavilion between 11:30am – 1 pm and 2:30pm – 4pm.

You’ll have a chance to see at least forty North American and Canadian vehicle premieres which will be the star attraction of the 39th edition of the Canadian International Auto Show (CIAS).

Following are just a few of the exciting new models that are on the centre-stage: 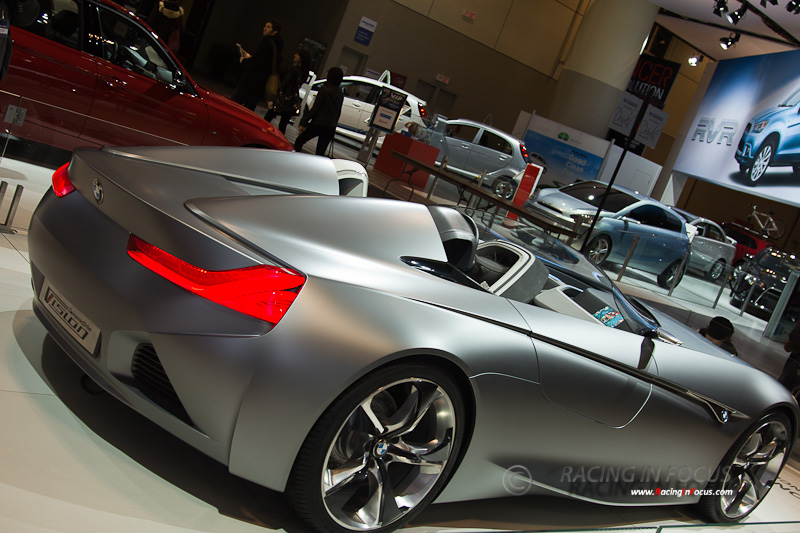 For 2012, the Auto Exotica exhibit has been re-organized for even better traffic flow to address the hundreds of thousands of enthusiasts who fell in love with this special feature display last year.  “Auto Exotica” will showcase such spectacular super cars as the Ferrari FF (Ferrari’s first four-wheel drive, four-seater), the Pagani’s one-of-a-kind polished carbon fibre Zonda R, the Fisker Karma – a beautiful state-of-the-art all electric sedan, the Aston Martin 177, the Bugatti Veyron and the Callaway Corvette. 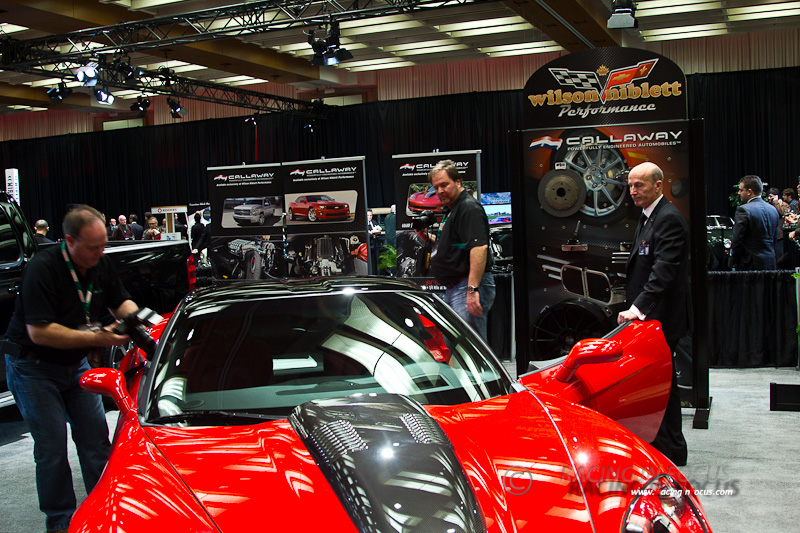 Cruise Nationals is rapidly approaching its FINALE mode. This is the third act of the program and the show congratulates all ten winning finalists.  Each individual will receive gifts and prizes for their winning appearance.  This will set them apart from the other representative that attended the season finale at Lakeview Park in Oshawa, which was the end of the season events.  It was held in conjunction with Autofest hosted by the Motor City Car Club of Oshawa who graciously hosted us once again. 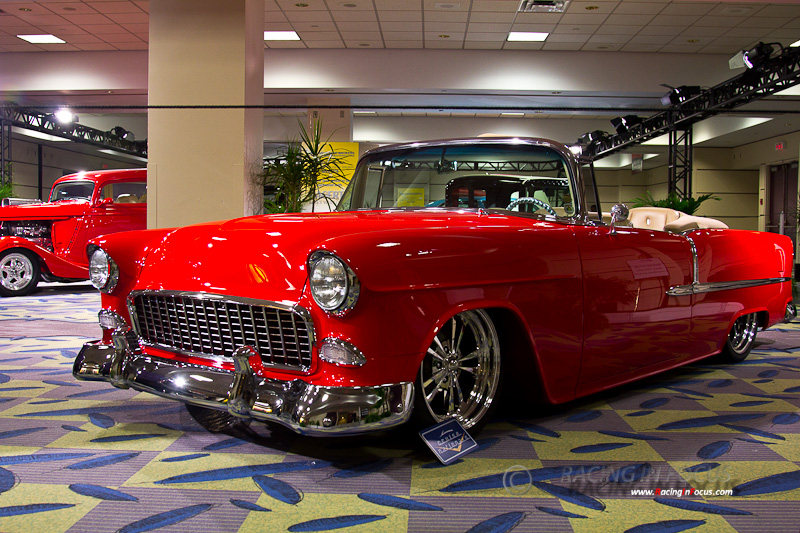 The second act of the Cruise Nationals season is the selection process for the three top medalists.  The winning three categories are selected by a process of on-line judging by the public and on-site judging by celebrity judges.

TRIUMPH, THE HISTORY! THE GLORY! From motorcycles to diminutive four-wheel vehicles in the early 20’s, England to the mighty Triumph TR8 roadster, Triumph has been a popular sporting vehicle on the North American automotive enthusiast scene. 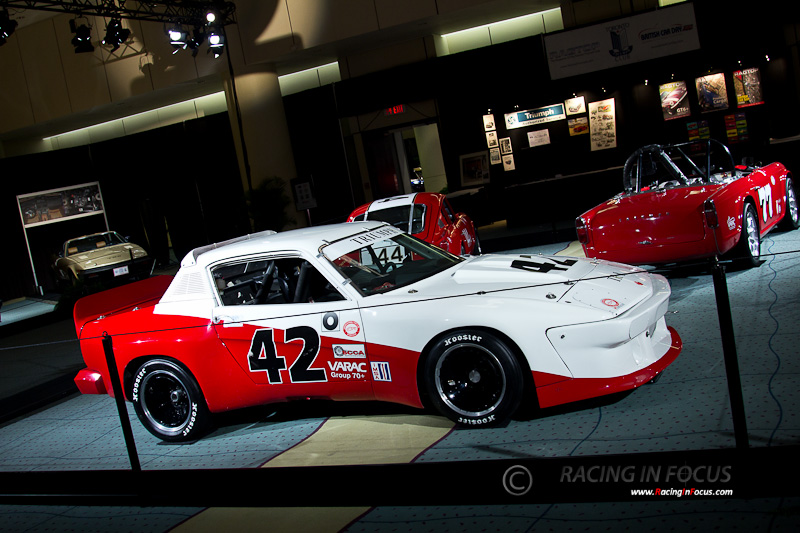 On the 700 level classic concourse of the south Metro Toronto Convention Centre, the Canadian International Auto Show will be showcasing over forty vehicles manufactured by the Triumph Motor Car Company.  This is touted to be the largest indoor display of Triumphs ever.  Rare vehicles are always a treat to see, and Triumph has a couple in its lineup.  Not commonly seen on our streets even in their day these “Specials” include not one but two of the most rare cars, the Italia 2000 and the Triumph Dove.

From these classic rarities to the display in our History Room, the Canadian International Auto Show will ensure that every auto show attendee will see an accurate exhibit of each significant TR Roadster produced.  From the first generation TR2 through to the last models produced, the TR8.  With assistance from the Toronto Triumph Club, this will be the most comprehensive and accurate display anywhere.  In the honorable centre position are three Triumph Race cars piloted by Canadian owners/drivers which are compliments of the Vintage Automobile Racing Association of Canada (VARAC).  Triumph sportscar owners with families were well served with Triumph back seats.  On display will be two TR10’s; one a cute little 4-5 passenger saloon (sedan) and the other, a small station wagon.  Then we have a Triumph Herald convertible along with a 1948 Triumph 1800 Roadster with a dickey (rumble seat).

On the classic concourse lobby we will have a great display of club members TR2’s, TR3A’s, Spitfires, the venerable TR6 and a power pack of TR8’s.  All these great British cars will help make the complete Triumph story.

Visit our Photo Coverage of the 2012 CIAS.