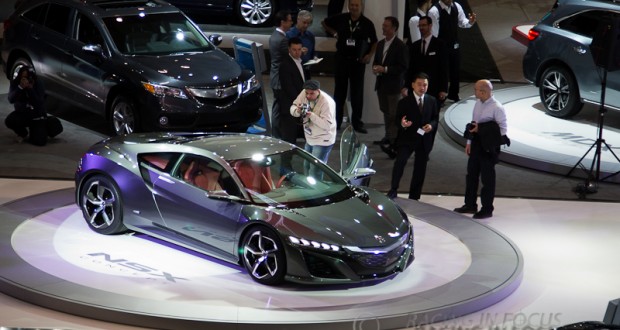 The 43rd annual Canadian International Auto Show (CIAS) will be held at the Metro Toronto Convention Centre and is open to the public between February 12th and 21st 2016.

While the cars and trucks themselves — new vehicles, concepts, Canadian and North American unveils — are the main attraction of the 2016 Canadian International Auto Show, an exciting lineup of feature attractions will inform and entertain throughout the 10 days of the show.

“The Canadian International AutoShow is a truly diverse experience that has something for everyone,” says Jason Campbell, General Manager of the AutoShow. “From art to luxury vehicles to the cars you see on TV, the featured attractions are the ideal complement to the exhibits and displays built by the World’s leading manufacturers.”

Among the features that will be at the 2016 AutoShow:

With more than 650,000 square feet of exhibits, displays and attractions at the Metro Toronto Convention Centre, the Canadian International AutoShow is not only the largest automotive expo in Canada, it is also the country’s largest consumer show. Boasting more than 1,000 cars, trucks, SUVs, concept cars, exotics, classics, motorcycles and alternative energy vehicles, the AutoShow is a leader in lifestyle, technology and all things automotive.

For more information or to buy tickets, please visit www.autoshow.ca.