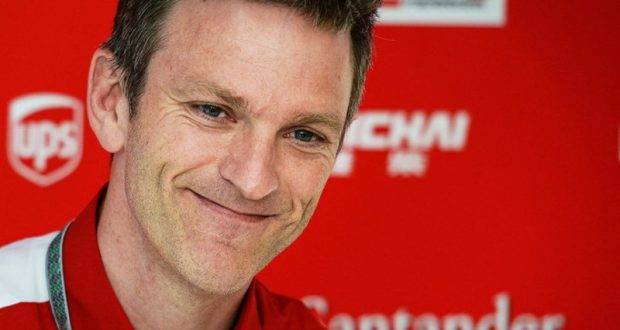 Allison will not attend all races in 2016

James Allison has revealed he will travel to less grands prix in 2016.

Ferrari’s technical director says he is relieved to be splitting his duties for the new season with Jock Clear, who in 2015 served a full year of ‘gardening leave’ after leaving Mercedes.

“Last year was very tough for me,” admitted Allison, “trying to do effectively two jobs at once.

“But this year, with the arrival of Jock Clear to take on the position of head of the track side, I can return to the more conventional role of technical director which is largely a factory-based job,” he explained.

Briton Allison said he is happy with the change.

“While I will be at the track this year for a number of races, my main focus will be back at the factory, and that’s a much happier set of affairs for me,” he said.

Allison, who turns 48 on Monday as the official tests begin in Barcelona, said he is also happy with the newly-launched Ferrari car, which he describes as “bold”.

“If you look at last year’s car, we were working to improve a baseline that was really quite poor,” he said, “so we needed to take some bolder steps and be braver in an aggressive way.”