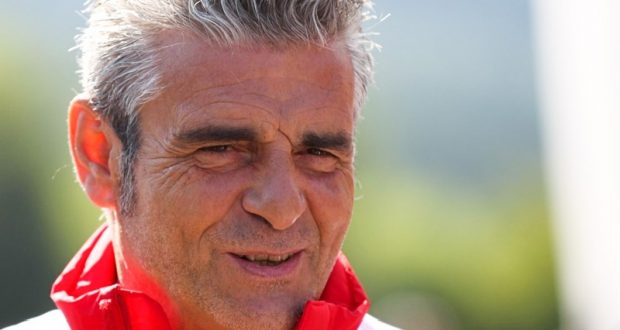 Maurizio Arrivabene has broken his silence to play down speculation Ferrari could be about to lose Sebastian Vettel and James Allison.

Team boss Arrivabene had a low-profile Hungarian grand prix, refusing to speak to the English speaking media amid reports the Maranello team is in crisis.

One rumour was sparked by Red Bull boss Christian Horner, who said he sensed Vettel might soon want to switch to Mercedes.

“Sebastian never said once that he doesn’t like the atmosphere in Ferrari,” Italian reporters quoted Arrivabene as saying in Budapest.

“On the contrary, he has said numerous times that he is very comfortable in the team.

“A couple of months ago, journalists began to ask Kimi the same question, and after him it was my turn, that (James) Allison would soon take my place.

“Now that we confirm the contract with Kimi the press is saying that Allison is leaving!  You know what?  Please, let us work in peace,” he added.

Arrivabene denied that morale at Ferrari is low.

“That’s not true,” the Italian insisted.  “This is a strong and united team.  This supposedly low morale is all just stories to try to make us have low morale, but we never give up — never, never, never.”