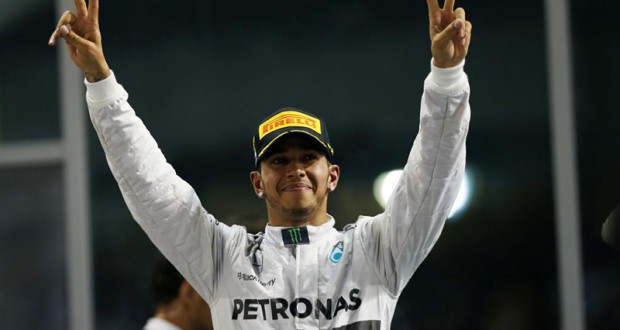 Team bosses have voted Lewis Hamilton the best driver in formula one today.

Germany’s Auto Bild magazine ran the survey amongst all ten rival team principals in the paddock, with Mercedes’ reigning world champion emerging at the front ahead of Sebastian Vettel and Fernando Alonso.

“This means a lot to me,” Briton Hamilton said.

The 30-year-old was the clear vote winner, with 35 points compared to 22 for Ferrari’s Vettel, and 12 for Spaniard Alonso.

“Lewis is exceptional in the car, is constantly developing and has grown as a driver and as a person,” he added.

“You can see it in how he responded to our error in Monaco — he is now able to get over bad results very quickly and focus on his strengths.  As a racing driver, he is complete,” said Wolff.

Also interesting is that Vettel beat McLaren-Honda’s Alonso to second place in the survey.

“Alonso has fallen in value,” explained Toro Rosso chief Franz Tost, “because by his character he put himself in an unnecessarily precarious situation.

“On the other hand, Vettel has grown his reputation by motivating Ferrari and putting them back on track.

“For me, Sebastian is therefore the best, because he is also the smartest,” said Tost.