Toto Wolff has entered the Spanish grand prix weekend predicting that Ferrari could be Mercedes’ biggest challenger over the entire 2014 season. 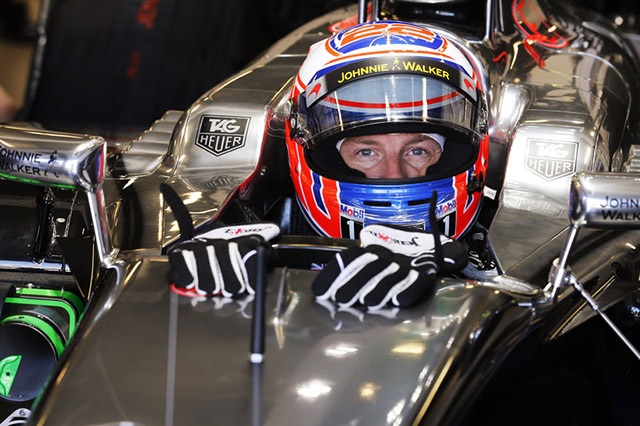 But what about Red Bull?  Many believe the reigning world champions’ only deficit to Mercedes is the underpowered Renault engine.

When asked about Wolff’s assessment that Ferrari is the main threat, Daniel Ricciardo on Thursday answered: “I didn’t hear that, but maybe it’s just psychological.”

Publicly, Mercedes is saying that, despite winning every race so far this year, Barcelona – with few straights and after a three-week calendar break – could be the Brackley team’s biggest test of the season so far.

McLaren’s Jenson Button isn’t so sure.

“Mercedes don’t have any competition,” he said on Thursday.

“It’s going to be tough for anyone else to win a grand prix this year.”

Button explained that, even though the chasers are doing everything to close the gap, Mercedes are also working hard to improve the already-dominant W05 car.

“Even if the opponents find 1.5 seconds, it is not enough to beat Mercedes because they are developing as well,” he is quoted by Speed Week.

“If Mercedes only improves half a second or one second in the course of the season – and that is really conservative – they would still preserve their lead until the end of the season,” Massa explained.

Fernando Alonso seemed to be turning Ferrari’s poor season around last time out in China with a surprise podium result, but he is not confident he can repeat it in Barcelona for his home supporters.

“If I tell you I will fight for the podium, probably I will lie to you and I don’t want to lie to all the people that are coming,” he said.

“We are bringing some new parts but nothing different compared to any other top team, or even less,” Alonso added.

“Surely, ultimately we are here to win,” world champion Sebastian Vettel said on Thursday.  “Right now, obviously, we have Mercedes in a very, very strong position.  Difficult to beat but never impossible.”

If Mercedes’ rivals sound downbeat, perhaps it is because many paddock insiders believe the silver-clad team has been winning its races in 2014 at as slow a pace as possible.

“If you analyse the races,” Toro Rosso chief Franz Tost said, “I don’t think that they have shown their real potential for a whole race distance.

“They show it just for a few laps because for them there is no need to show it for longer,” he told F1’s official website.

“Think about when there is a safety car phase — after ten laps they are something like 20 seconds ahead again!  That means that they are playing around.”

Still, Alonso said that if Ferrari cannot be the main challenger in Spain, he hopes at least Red Bull can give Mercedes a reason to look behind their shoulders.

“The Red Bull has been very fast when there are many corners,” he is quoted by Spain’s Diario Sport.

“Here in Barcelona there is only one straight, so I think they will be very fast here.”