Sebastian Vettel has confirmed he switched chassis ahead of this weekend’s Spanish grand prix because of his poor performance in China. 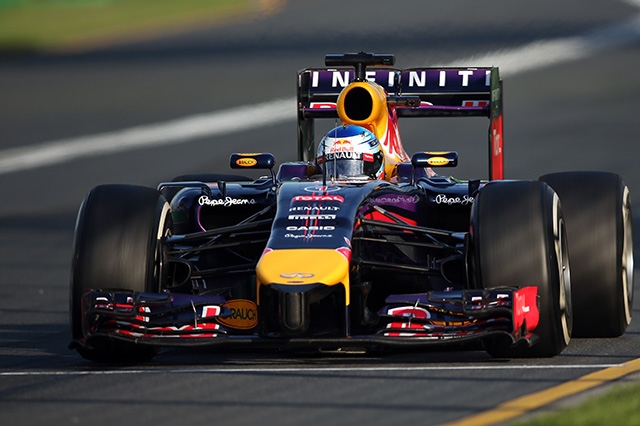 After Shanghai, where the reigning world champion was ordered to move aside for the quicker Daniel Ricciardo, Dr Helmut Marko said Vettel would get a new chassis for Barcelona because his original RB10 could have “a hairline crack”.

But chief designer Rob Marshall this week seemed to contradict Marko when he said Vettel’s chassis change “was scheduled at the start of the season”.

“From our point of view we’d rather give them one or two new chassis during the season that we have been able to check out in the factory using various testing methods,” he explained.

However, German Vettel on Thursday revealed that his new RB10 for Spain actually isn’t ‘new’ at all.

“Obviously if you change, you change to a new one, but we decided to change back to an older chassis just to make sure nothing is wrong,” he told reporters.

Vettel said the decision to revert to the winter testing chassis is to eliminate a flaw as the potential cause of his recent struggles.

“We don’t think that there was anything wrong with the old chassis but nevertheless we decided to change,” he explained.

“It’s more a sanity check rather than a real problem with the other chassis.  It’s just to try everything we can and basically reset and start again.”

Teammate Ricciardo on Thursday said it is not unusual for Vettel to be switching chassis.

“I think if you feel you have races that are at less than optimal performance, you try to find some answers,” he is quoted by Brazil’s Totalrace.

“I will change eventually as well, but the last few races have been good for me, so I have no reason to yet.”