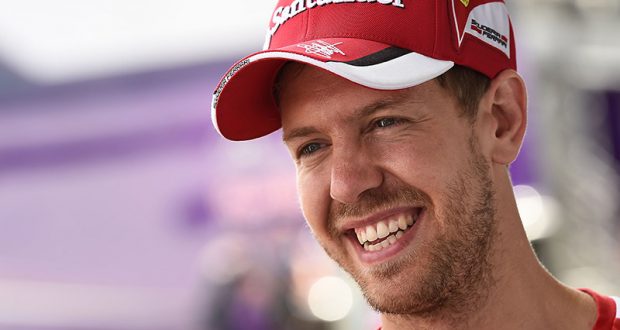 F1 drivers have admitted they are not sure how much they will enjoy this weekend’s inaugural grand prix on the streets of Baku.

The track in Azerbaijan has been billed as an ultra high speed street layout including an exciting, ultra-narrow run past the old city walls.

“It has a very long straight,” the Briton is quoted by Brazil’s UOL.

“Street circuit?  I think Monaco is a street circuit.  It (Baku) is so wide in some places — I don’t know why they do circuits like this.  But I hope it’s exciting.”

Ferrari’s Sebastian Vettel said he has tried the layout in the simulator.

“I thought it has a few interesting parts and some other more simple parts,” said the German.  “At least it will be hotter than in Canada!” he smiled.

Felipe Massa thinks the cars with the most powerful engines will shine because top speeds will rival those seen at Spa-Francorchamps and even Monza.

“It’s a bit like Sochi with one quite narrow part,” said the Williams driver.

And Toro Rosso’s Daniil Kvyat is quoted by the Spanish daily Marca: “It reminds me a little of Valencia.”

Red Bull Racing, meanwhile, has been impressed with Renault’s improvements so far in 2016 but is not expecting to enjoy the extremely long straight at Baku.

“In our calculations, we assume we will lose 1.2 seconds on that straight,” Dr Helmut Marko is quoted by the Dutch newspaper De Telegraaf.

“We have an excellent car but we can never make all of that (deficit) up in the corners.”