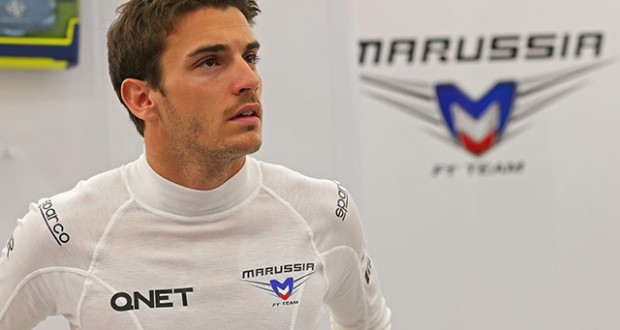 Jules Bianchi’s family on Tuesday revealed the name of the serious head injury he sustained in Sunday’s horror Suzuka crash.

The 25-year-old Frenchman had surgery after running off the wet track during the Japanese grand prix and striking a recovery vehicle at reportedly more than 200kph.

A statement issued by Marussia on Tuesday on behalf of Bianchi’s family and the Mie hospital said he remains in a “critical but stable condition”.

The statement revealed that Bianchi has suffered “a diffuse axonal injury”.

Brainandspinalcord.org described the injury, which can be “devastating” and causing lasting unconsciousness, as occurring “over a more widespread area” than specific brain injuries because the brain has moved “within the skull”.